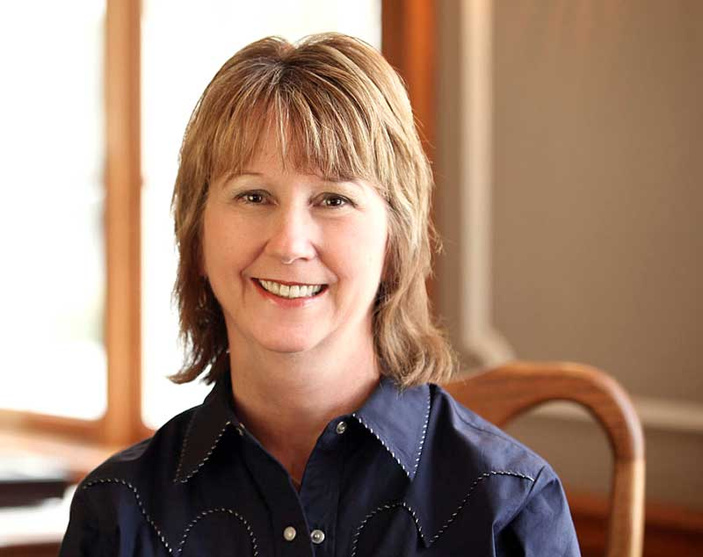 Vannetta Chapman, the author of 23 published novels, is the guest speaker of the Coffee Talks author series program at 2 p.m. Thursday, Jan. 11, at the Herman Brown Free Library in Burnet. Courtesy photo

BURNET — Award-winning author and Highland Lakes resident Vannetta Chapman didn’t grow up writing. She didn’t pen short stories and novellas while a teenager or even a young adult. She started when she was 36.

Chapman, who is the guest speaker for the Herman Brown Free Library's Coffee Talks author series program Thursday, Jan. 11, proves you can start writing at any age.

Even if your book gets rejected (her first nine did), Chapman says to keep writing.

She did. To date, she has 23 published novels.

Her advice for aspiring or struggling writers is to start small, build your confidence, and keep working. She began with “little pieces” for family life magazines.

“After I published about 200 of these, I thought, ‘Hey, why not try something bigger?’” Chapman said.

So, she wrote a novel, submitted it, landed a publishing deal, and it’s been gravy ever since?

That would be a big “no.” Writing a book definitely isn't easy.

“It takes a lot of stubbornness and tenacity and dedication because it is hard,” Chapman said. “Remember the old saying, ‘If it was easy, everyone would do it’? Writing and publishing are sort of like that.”

While she yearned for publication, Chapman had fallen in love with the writing process itself. She described two sets of people when it comes to penning a book: those who like the idea of being an author and those who “enjoy sitting down and working with plot, character, setting, mood, and all that goes into a story.”

Writers from the second group get published, Chapman added.

By loving the act of writing, you’re more likely to stick with it and see it through, even with rejection after rejection, which you will face.

She kept this up through her eighth novel. All were rejected.

However, she didn’t give up. Her ninth novel, “A Simple Amish Christmas,” was published in 2010. Since then, Chapman has gone on to write and publish 22 more plus contribute to four novella collections. She didn’t toss out the first eight books. Chapman went back, reworked four, and published them on her own. She’s planning to edit and publish the other four as well.

The best way to tackle a novel (or really any writing project beyond a few thousand words) is to break it into more manageable pieces. There’s a saying about how you eat an elephant: one bite at at time. (I’m not advocating any pachyderm snacking, but you get the idea.)

Chapman pointed out that it all starts with one thing: a blank page.

The key is not to let the first page stay blank for very long.

“Sit down and write,” she said. “You don’t have to like what you’ve written, but each time you sit down in front of your computer, add to those pages. If you write one page a day, in a year, you will have written a book.

“Once you’ve finished it, write another,” Chapman said.

For more about Chapman and her books, visit vannettachapman.com.

Within her 23 novels are several series, including "The Remnant" series, which is set in Central Texas. Others are the "Pebble Creek Amish" series and the "Shipshewana Amish Mystery" series. Her novel "Anna’s Healing" is a 2016 Christy Award finalist.

You can also listen to Chapman firsthand at 2 p.m. Jan. 11 during the Coffee Talks program. She will discuss her experience with the Amish in Indiana, Pennsylvania, Ohio, Wisconsin, and Oklahoma as well as her writing.

The event is free and open to the public. Refreshments will be served at 1:30 p.m. before the program. There will be time for questions after her presentation.

IN THE GARDEN: Is it partial or full sun?