Perseids fly across the night sky this summer 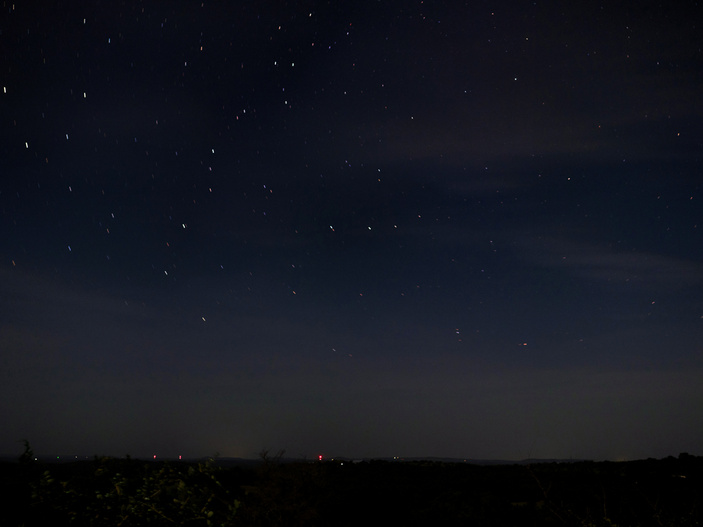 From mid-July through mid-August, you can enjoy a nighttime show during the Perseid meteor shower. The Perseids, which should peak Aug. 11-12, can shower the atmosphere with up to 100 meteors an hour. Staff photo by Daniel Clifton

Perseids fly across the night sky this summer

While the winter Geminid meteor shower has the edge in numbers, the summer Perseids offer more favorable viewing conditions on warm pleasant nights. The Perseid meteor shower can be seen from about July 17 through Aug. 24 with its peak Aug. 11-12.

On a good night, the Perseids will shower the Earth’s atmosphere with up to 100 meteors per our. The Geminids, which happen in December, can reach 120 meteors per hour.

Typically, the best time to view the shower is from midnight to dawn. You don't need any special equipment, just your eyes.

The Perseid meteor shower, which draws its name from the Perseus constellation, occurs as the Earth moves through the orbital path of the 109P/Swift-Tuttle comet, something that happens each year. The comet's debris becomes the meteors we see as they enter the Earth’s atmosphere.

Fun facts: Meteoroids are objects in space ranging in size from dust to small asteroids. When those objects enter an atmosphere, they become meteors. Most meteors burn up while entering the atmosphere; hence the light they cast while flying across the sky. Those that make it all the way to the surface are called meteorites.

Find a dark spot with as little light pollution as possible. A good tip is that the more stars you can see in the night sky, the better your chances of spotting meteors.

Give it some time. You probably won't see much in five minutes so stay out at least an hour. This also gives your eyes time to adjust to the dark so they can detect more meteors.

Don't look straight up; keep your attention halfway up from the horizon. While meteors are visible everywhere in the sky, you tend to see more in the lower part.

The Perseids move north to south across the sky. Once you spot a meteor or two, you can track the path backward to the Perseids radiant point, or where the meteors seem to originate in the sky.

Make yourself comfortable. Grab a reclining chair, lie back, and enjoy the show.

The Delta Aquariid meteor shower can be seen from about July 12 through Aug. 23 with its peak around July 29. It's more prominent in the Southern Hemisphere and lower latitudes of the Northern Hemisphere. With up to 20 meteors an hour, it's not as prolific as the Perseids.

Visit the American Meteor Society’s website for more information on the Perseids and other showers and tips on how to watch them.