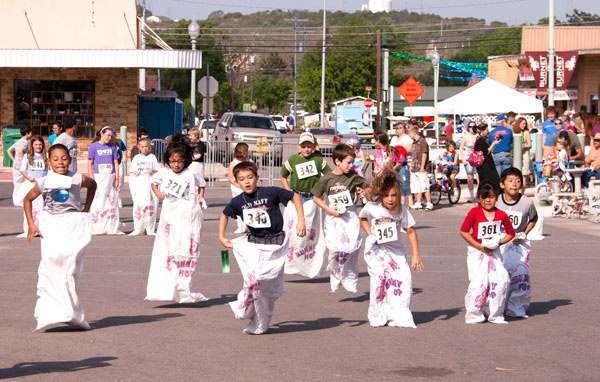 The Bluebonnet Festival was voted favorite event in the Burnet area in the 2016 Locals Love Us. File photo

BURNET — It’s hard to pinpoint why the Bluebonnet Festival was voted the Locals Love Us favorite event for the Burnet area by The Picayune readers and KBEY 103.9 FM Radio Picayune

That’s because the festival features so many fun and family-friendly activities.

There’s a carnival, a pet parade, street dances to top musical acts, a pageant, great food and much more.

“It’s a wholesale family event,” said chairwoman Suzanne Brown about the April 8-10 festival. “We want to make sure there’s something for everybody.”

People bring their furry friends dressed up in costumes for the pet parade, while children get creative in the bike-decorating contest. Some people take part in the 5K and 10K runs, while other people run into old friends — or make new ones — as they browse vendor booths and stand in line for carnival rides.

“It’s one of the most exciting and successful small-town fairs in Texas,” Brown said. “We have repetitive visitors. We look forward to it every year.”

This year’s musical headliner is Jason Boland and the Stragglers, who take the stage April 9, along with special guest Bri Bagwell. Dale Watson will perform April 8.

“Last year was the first year they did a demonstration for us,” Brown said. “It was amazing. They showed us all their skills. We get bigger and better every year.”

So Brown advises people to mark their calendars for April 8-10 for the Bluebonnet Festival. And don’t forget to wear your favorite dancing shoes and bring a big appetite.

“It’s successful because it’s a great and fun event,” the chairwoman said. “People all over the Hill Country look forward to coming out.” 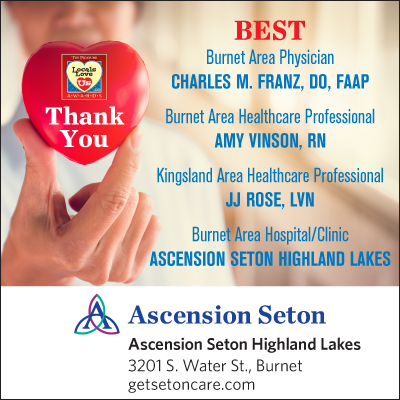