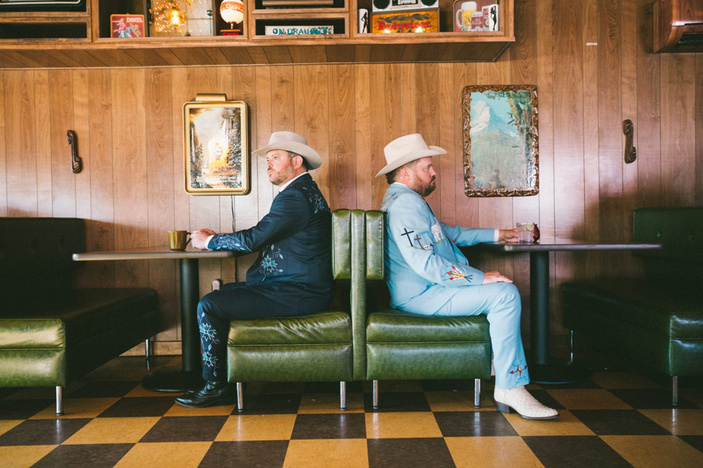 Friends and touring partners Wade Bowen (left) and Randy Rogers could have a bit of a rivalry going Saturday, July 31, with each of them performing at different venues in the Highland Lakes. Randy Rogers Band will be in Burnet to kick off the Summer Concert Series, while Bowen headlines WakeFest 2021 at Wakepoint in Kingsland. Photo by Joshua Black Wilkins

Randy Rogers and Wade Bowen, Texas country artists and touring partners in support of their joint album, “Hold My Beer 2,” will be playing on the same night in the Highland Lakes but not on the same stage. In fact, they will be only 15 miles apart Saturday, July 31.

“It will be a good evening in the Highland Lakes,” said Damon Beierle, owner of Double Eagle Entertainment, which set up the Randy Rogers Band concert. “It’s good to see music grow in the Hill Country. This is what happens when you get more and more music venues in the Hill Country.”

“Sounds of Texas” host Ben Shields had the same take on the oddity of separate venues in the same market on the same night. His show, which features Texas country artists, airs on KBEY 103.9 FM Radio Picayune from 6-9 p.m. Sundays.

“I don’t know if the Highland Lakes has ever had two big names like this on the same night,” Shields said. “It says a lot about the local music scene and the venues.”

Bowen and Rogers’ first buddy album, “Hold My Beer,” was produced by Lloyd Maines and released in 2015. The pairing came together as a natural fusion of their friendship, forged on the Texas country/Red Dirt road as their bands toured together.

The twain shall meet again for the only “Hold My Beer and Watch This” tour stop left on the calendar this year (although others might be added). That performance is Saturday, Aug. 28, at Wolf Pen Creek Amphitheater in College Station.

Red Dirt music was born in Stillwater, Oklahoma, the product of a rebellious group of singer-songwriters who didn’t want to bow to Nashville norms. It has since been joined by Texas country and Americana, mixing the flavors of blues, rock, country, and folk.

Red Dirt and Texas country are a “little different,” according to Shields, but mostly just divided by the Red River state line.

“Texas country has a loyal following — it’s such a big genre,” Shields said. “It has its own sound separate from Nashville country, something you can only get in Texas. I just call it Texas country.”

Bowen and Rogers bring all that together with humor and camaraderie.

“They really are friends and respect each other in their craft,” Beierle said. “When they come together, it creates a whole new thing, and it’s super popular when they do it.”

For now, local fans of both will have to make a choice which artist they want to see and at what venue.

Tickets for Randy Rogers at Haley-Nelson Park are available online through the burnet512.com website.

Tickets for Wade Bowen at Wakepoint can also be purchased online. VIP tickets are already sold out.

I'd go for Cedryl Ballou & The Zydeco Trendsetters at Llano Summer Concert.