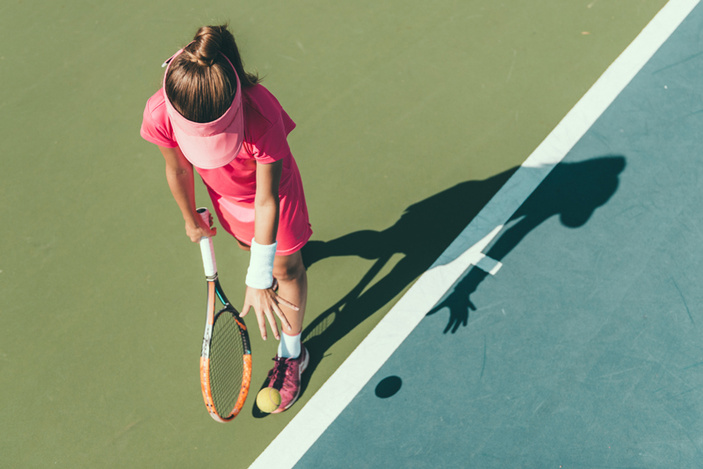 The Roddick Tennis Series tournament in Marble Falls is June 22 with play at Marble Falls schools and Horseshoe Bay Resort. The USTA-sanctioned event is open to ages 8-18.

MARBLE FALLS — Some of the top amateur tennis players from around the world will make their way to Marble Falls for the Roddick Tennis Series, a United States Tennis Association-sanctioned event, in the hopes of earning enough points toward winning one week of free training.

The series, which is part of the Roddick Youth Tennis Foundation and in its 11th year, awards points based on finishes at each stop. Marble Falls is the fourth stop, and matches are set to begin at 6 p.m. Friday, June 22, at the high school tennis courts, 2101 Mustang Drive. Players need to sign in at the high school to get their schedules.

The double-elimination tournament is for athletes ages 8-18. Officials expect approximately 125 athletes for the event. Players can register at usta.com. Those playing singles pay $33, while those competing in doubles pay $23 each.

Each player will receive a T-shirt and goody bag. Drawings for tennis gear will happen throughout the tournament, and trophies will be awarded to the top finishers.

Tournament director Dave Holder said he looks forward to this stop each summer.

“It’s my hometown, it’s in the Texas Hill Country,” he said. “This is where we started.”

Players must win two tournaments of the seven tournaments and compete in the other five to have a chance at winning the free week of training. If the winners live in the Highland Lakes, they’ll train at Horseshoe Bay Resort, Holder said.

Proceeds from the series go toward the Roddick Youth Tennis Program, which is especially close to Holder’s heart. He created the after-school program at the Roddick Tennis Center at Quarry Park in Granite Shoals.

“It keeps kids off the streets,” he said. “The kids have something to do, and most look forward to it. We’ve had a lot of kids get Division I scholarships. Most of our kids play college tennis.”

The series ends in Corpus Christi in October.