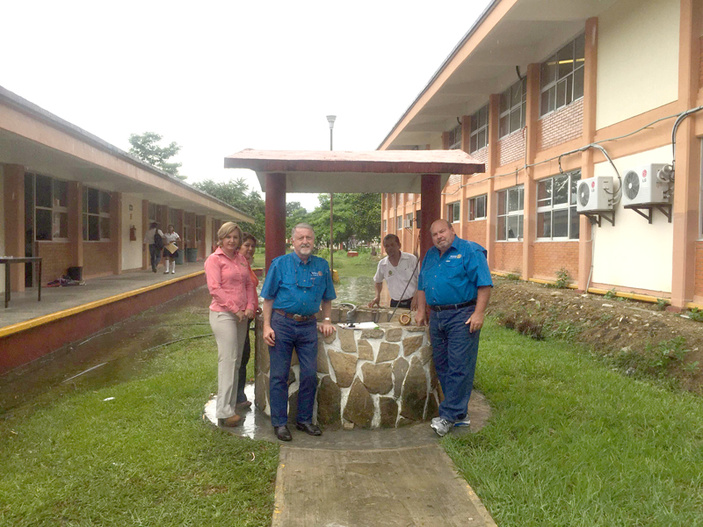 MARBLE FALLS — The Rotary International Foundation awarded a $50,000 Global Grant to the Rotary Club of Marble Falls and the Huejutla Centenario Club of Huejutla de Reyes, Mexico. The purpose of the grant is to establish water purification stations primarily in the indigent Sierra Madres Mountains just outside of Huejutla.

The project will be a joint effort of the Rotary Club, the county of Huejutla (Way-hoot-la) and the CECyTE magnet school, also located in Huejutla.

Although no longer as common worldwide, cholera is still highly prominent in this region that struggles with poor water and unregulated sanitation. The disease is spread from person to person through water and contaminated feces from both animals and humans, causing severe sickness and even death. According to the World Health Organization, 90 percent of Mexico’s cholera cases are in the state of Hidalgo, where Huejutla is located. Hidalgo lies northeast of Mexico City.

The CECyTE School has an enrollment of more than 500 students, many from indigent areas. The school also plans to maintain a permanent program of water purification and sanitation.

This project, if successful, will be sustaining, leading to dozens more stations in state of Hidalgo.

service clubs with more than 1.2 million members in over 33,000 clubs in 200 countries worldwide. The foundation was recently voted as the World’s Outstanding Charity in 2017 by the Association of Fundraising Professionals.

The cornerstone of this excellence has been Rotary’s 30-year Polio Plus campaign to erase polio. Starting in 1985, it has helped reduce the number of worldwide reported cases from 350,000 yearly to just under 300 in 2017. Also, the number of countries in which polio has been reported is now only three. The foundation, along with the Bill and Melinda Gates Foundation, has raised more than $1.3 billion for this effort.

For more information, go to rotary.org.