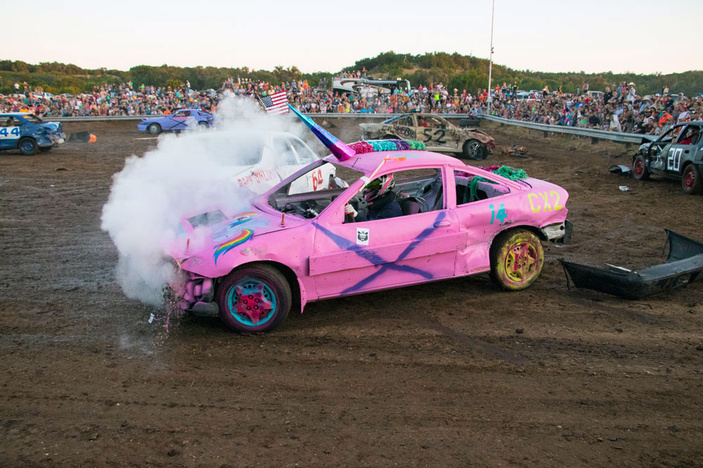 A demolition derby is one of the few times you should cheer for complete and utter annihilation. And it’s even better when it’s for a good cause.

The event benefits the fire department.

Gates open at 4 p.m. The family-friendly derby starts at 6 p.m. Admission is $10 for ages 12 and older and $5 for ages 11 and younger. You can purchase food and beverages on site. Glass containers, personal coolers, and pets are prohibited.

If you’re not familiar with a demolition derby, here’s the basic idea: Drivers climb into a car, get set, then plow into each other with the goal of knocking the other vehicles out of commission.

Large, concrete blocks are placed in front of the bleachers to shield spectators from flying cars, but there’s no safeguard from flying dirt — those sitting in the front row be forewarned.

The department's first Destruction Derby was in 1991 and drew 15 competitors. Almost three decades later, it brings in double the cars and thousands of spectators, so get there early.

Go to spicewoodvfd.org for more information about the event.