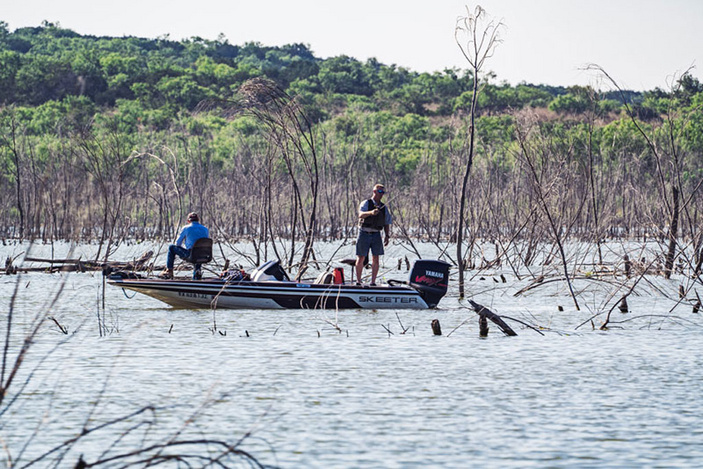 Boaters heading to the Highland Lakes for summer fun can help keep the area safe from invasive species with a little bit of knowledge and some thoughtful actions, said the Texas Parks and Wildlife Department.

State wildlife experts ask residents and visitors alike to properly clean, drain, and dry all boat and gear; use live bait where you can catch it; and never dump your aquarium fish into local waters.

“Invasive species are non-native to an ecosystem and cause environmental, as well as economic, harm,” TPWD said in a statement issued before the start of the summer season. “They often grow or reproduce rapidly, helping them to infest large areas and become problematic.”

Zebra mussels and giant salvinia are highly destructive invasive species spread from lake to lake on boats and gear. To stop the spread, boat owners should clean, dry, and drain boats and trailers before moving to a different body of water. Texas Parks and Wildlife can help you do that properly with information on its hotline at 512-389-4848.

Using live, locally caught bait helps prevent fish from being moved outside their native range. This prevents the unintentional spread of bighead carp or silver carp, which look like bait when they are young. It also prevents the spread of zebra mussels.

Never use live bait from one lake in another lake, an important distinction when vacationing in the Highland Lakes, which features five lakes from Buchanan to Travis. Although local, fresh bait is recommended for anglers, those who like to use shrimp should know it is illegal to use anything but native shrimp from the Gulf of Mexico. Imported shrimp carry a virus that causes white-spot syndrome that can kill native shrimp, crayfish, and crabs. The TPWD provides information on common imported shrimp to avoid and the four acceptable types of bait shrimp on its website.

Dumping exotic aquarium fish into local waters or flushing the creatures down the toilet can have devastating consequences for Texas’ natural bodies of water as well. TPWD offers responsible ways to dispose of them on its website.

Along with lionfish, which have taken over native species in several bodies of water, zebra mussels are also found in aquariums. They are often in moss balls sold for aquariums. You can destroy the mussels by freezing, boiling, or bleaching the moss balls and then putting them in a sealed container and throwing the container in the trash.