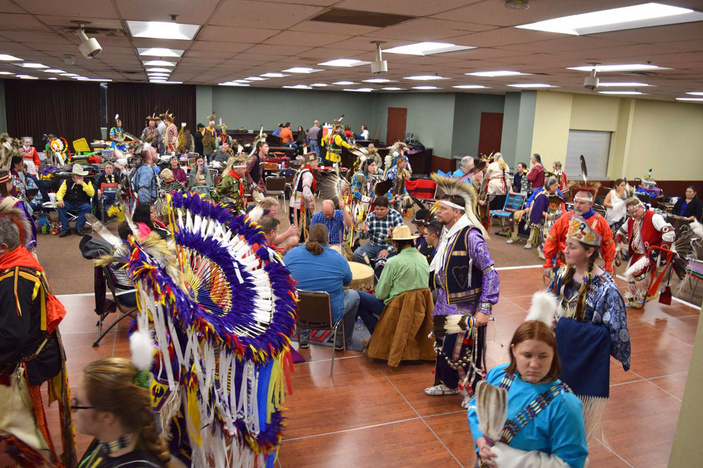 The Texas Indian Heritage Association is holding its annual summer powwow in Llano on June 17-18 at the John L. Kuykendall Event Center and Arena. Pictured are attendees at a TIHA event held in 2016. Courtesy photo

A celebration of Native American history and heritage is June 17-18 in Llano. The Texas Indian Heritage Association hosts its 64th annual summer powpow at the John L. Kuykendall Event Center and Arena, 2200 RR 152 West. Admission is $1.

A powwow is a traditional Native American gathering to dance, sing, feast, and share tribal heritage. The original powwows were for intermingling tribes on the Great Plains in the late 19th century, but many modern powwows are open to the public and take place around the world.

The gourd dance is a Native American tradition of the tribes of the southern Great Plains and it will be featured on both days of the event. It is a traditional warrior dance that was outlawed in the 1890s and almost erased from history by the 1930s. The practice was revitalized by the Kiowa tribe in the 1950s and has since become an openly practiced celebration of Native American heritage.

Texas has a rich Native American heritage, and the TIHA summer powwow is a great way to connect and learn about the blending of traditional and modern native culture.

ETIQUETTE: If you have not been to a powwow, learn more here before you go