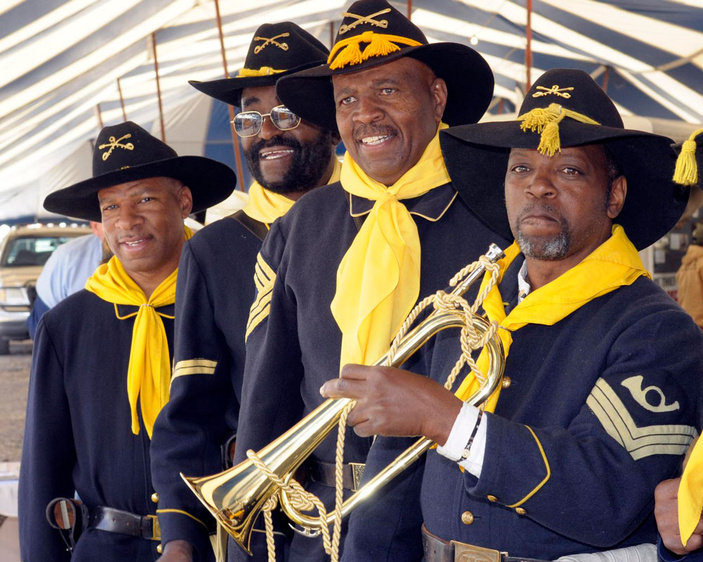 Buffalo soldiers, who were Black men serving in specially created cavalry and infantry regiments in 1866, helped lead the western expansion of the United States. The Texas Parks and Wildlife Department is celebrating African Americans’ contributions to the country, parks, and the outdoors during a monthlong virtual series. Photo courtesy of TPWD

The contributions of Black Americans, including the Buffalo soldiers, to the western expansion of the United States and to Texas State Parks is unknown to many, so the Texas Parks and Wildlife Department is bringing those stories to the forefront.

The department is celebrating Black History Month with its Buffalo Soldier Heritage Outreach Program and a series of virtual programs through February.

The parks department created a series of virtual programs to recognize Black history, including the Buffalo soldiers, the first Black through hiker of the Appalachian and Pacific Crest trails, and 18 African American Medal of Honor recipients.

Buffalo soldiers were Black men who served in the U.S. Army starting in 1866 when Congress created two cavalry and four infantry regiments for African Americans. The Army melded the four infantry regiments into two. The Buffalo soldiers, a name given to them by Native Americans, helped lead the push for western expansion. They set up a line of western frontier forts, strung telegraph lines, and built roads. The Ninth Cavalry arrived in Texas in 1867 to build a line of forts.

Members of these units also served as some of the first park rangers, and the Iron Riders were a group of Buffalo soldiers who rode bicycles thousands of miles across the western frontier in the late 1800s.

More information on the Buffalo soldiers can be found on the TPWD Buffalo Soldier Heritage Outreach Program webpage.