Toast to Tony jazz tribute May 14 in Spicewood 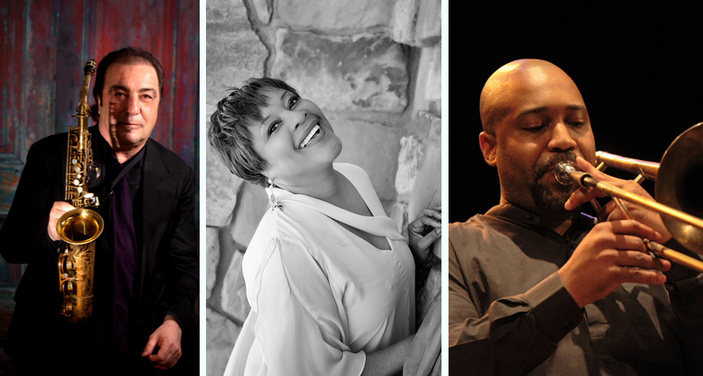 Greg Abate, Pamela Hart, and Andre Hayward will perform at the Toast to Tony jazz tribute May 14 in Spicewood. Courtesy photos

Toast to Tony jazz tribute May 14 in Spicewood

Austin jazz saxophonist Greg Abate, vocalist Pamela Hart, and trombonist Andre Hayward, backed by a dynamic rhythm section, will perform an evening of jazz masterworks during the annual Toast to Tony musical tribute at 7 p.m. Friday, May 14, at the Spicewood Vineyards Event Center, 1419 CR 409 in Spicewood.

Sponsored by the Motheral family, it is a celebration of the life of Tony Campise, an accomplished Austin jazz musician and mentor who inspired a generation of young musicians, according to a Spicewood Arts news release.

After a long career that included playing lead alto sax with the Stan Kenton band, Campise settled in Austin, where he led his own band, backed many music legends, and gathered an impressive list of awards. His album "Once in a Blue Moon" was nominated for a Grammy in 1992, reaching the top of national charts.

Campise became a mainstay at Austin’s legendary Elephant Room. He died in 2010 after a fall, but his musical heritage lived on. The Motheral family created the first tribute concert shortly after. It was canceled in 2020 due to the COVID-19 pandemic, but returns this year for its 10th anniversary.

Abate has played with the Ray Charles and Artie Shaw orchestras, performed in Europe, the United Kingdom, and Russia, recorded 17 albums, and is an adjunct professor of jazz studies at Rhode Island College and an active clinician with the Conn-Selmer Instrument Co., conducting workshops and master classes across the United States and abroad. He recently released a new album, "Gratitude," with the Tim Ray Trio.

Hailed as “Austin’s First Lady of Jazz” by Austin Woman magazine, Hart and her husband, Kevin, produced the Women in Jazz Concert Series from 1994 through 2019. She’s performed at a variety of public and private events, European music festivals, and Corpus Christi's annual Jazz Festival. A new CD, "Happy Talk," is slated for release on May 1.

Trombonist Hayward recently toured with Wynton Marsalis and has played with many other outstanding musicians, including Roy Hargrove, singer-bandleader Betty Carter, and the Duke Ellington Orchestra. In 2003, he won first place at the International Thelonious Monk Award Competition. Also an educator, he taught at many prestigious schools and currently teaches at the Butler School of Music at the University of Texas and the University of North Texas.

Tickets for Toast to Tony are $60 and can be purchased on the Spicewood Arts website. Water, intermission snacks, and parking are included.