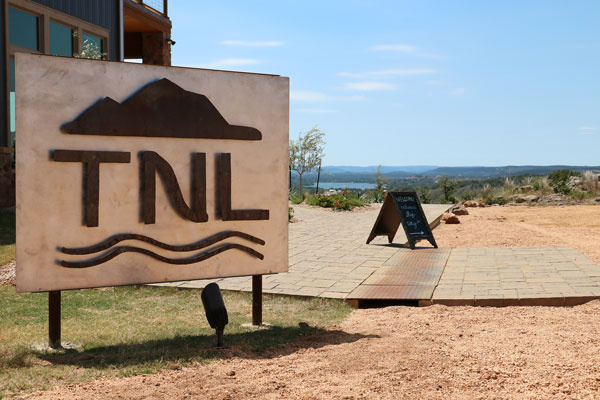 Torr Na Lochs winery welcomed guests to its grand opening Sept. 12, 2015. The winery, located at 7055 Texas 29 about 6 miles west of Burnet, sits off the main highway and has a view of Inks Lake to the west. Go to torrnalochs.com or call 512-766-0555 for more information. Staff photos

Blake and Karen DeBerry never set off to create a boutique winery overlooking Inks Lake on their Burnet County property. They bought the land with the idea of building their retirement home.

But life sometimes makes you ask, “What if?”

The DeBerrys, who opened Torr Na Lochs Vineyard and Winery in August 2015, jumped into the endeavor because of a wine refrigerator in a home in which they were staying while living in Singapore. Blake works in the oil industry, and his job has taken the couple to several countries, including Scotland, from where their winery’s name comes.

“We really didn’t drink much wine, but we had this wine cooler and thought, ‘Why not use it?’” Karen DeBerry said.

They started with New Zealand and Australian wines because those were most common in Singapore.

The couple lived overseas for 10 years and bought the Burnet County property in 2004. During a vacation in 2011 to Australia, they visited the Cape Grace area and stopped by a winery and vineyard.

“We were struck by how similar the land looked like ours here in Burnet County,” Karen said.

They struck up a conversation with the winery owner and began to envision one for their property.

Back in Texas, Karen enrolled in a viniculture program. In April 2014, they planted several varieties of grapes on their acreage. The summer of 2015, they harvested 6.8 tons of fruit.

“It was a great harvest for us,” Karen said.

“We (wanted) a winery where we can greet people and get to know them as they walk through our doors,” Karen said.

While selecting wines can be a complicated process, Karen said the best advice is just to keep it simple and don’t feel intimidated.

“The best wine is one that you like,” she said. “I think that’s one of the beauties of going to different wineries and attending their tastings. It’s a chance to taste several different varieties and try to find the ones you like.

Torr Na Lochs is located at 7055 Texas 29 west of Burnet. The tasting room is open noon to 5 p.m. Tuesday, Wednesday, Thursday, and Sunday and noon to 6 p.m. Friday and Saturday. The winery also serves as a venue for weddings and smaller parties.

And the name Torr Na Lochs? Well, it comes from their stay in Scotland and loosely translates into “hills over lake.”

Hey Blake and Karen, Glad to see you living the dream. Maybe someday, Sheri and I can get by and say hello. PS: I started small batch beer and wine making this past year and love it. mtrammell@certex.com