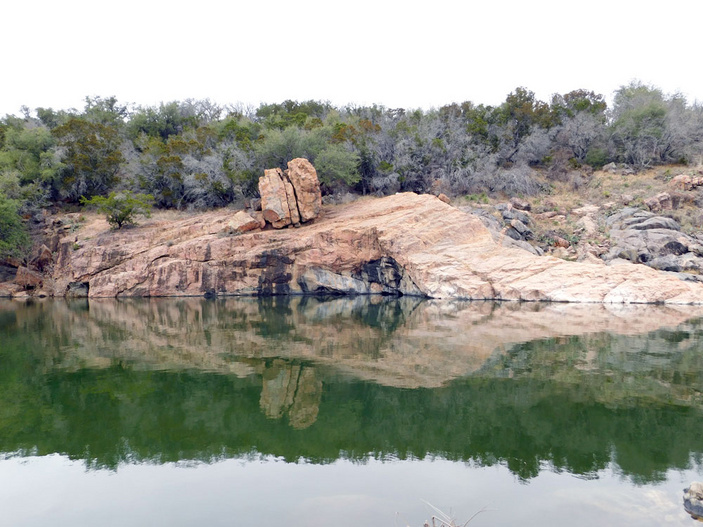 Picking up trash at four state parks, including Inks State Park on Park Road 4 in Burnet County, can earn visitors a free day pass at any one of the four through July 4, 2021. Staff photo by Jennifer Greenwell

Visitors who participate will receive a passport and trash bag from the park store and can return the full bag for a passport stamp.

Gather a stamp from each of the four state parks listed and receive a free day pass redeemable from July 5-Dec. 31 at three of the parks. Passes are redeemable Sept. 7-Dec. 31 at Garner State Park.

“We thought this trash challenge could help us, especially with the Boy Scouts and Girl Scouts,” Inks Lake Interpreter Monica Stewart said. ”It's also a teachable moment. It's another way for us to reach out."

When Gov. Greg Abbott reopened parks at 100 percent earlier in March, park staff had to scramble to get ready because of the short notice, Stewart said.

"We went into a hiring freeze (after the closing last year),” she said. "Most of our parks in the Hill Country, we were waiting to see what was going to happen, so most of us are understaffed."

Inks Lake State Park is missing three rangers as well as three other staff members, so volunteer park hosts have been doing more of the cleaning duties, Stewart said. That includes picking up trash, weed-eating, keeping up the fences, and cabin and bathroom cleaning.

"The last thing is picking up after Spring Break guests," she said. "Most of the parks could not function without our park hosts. They do so much for us."