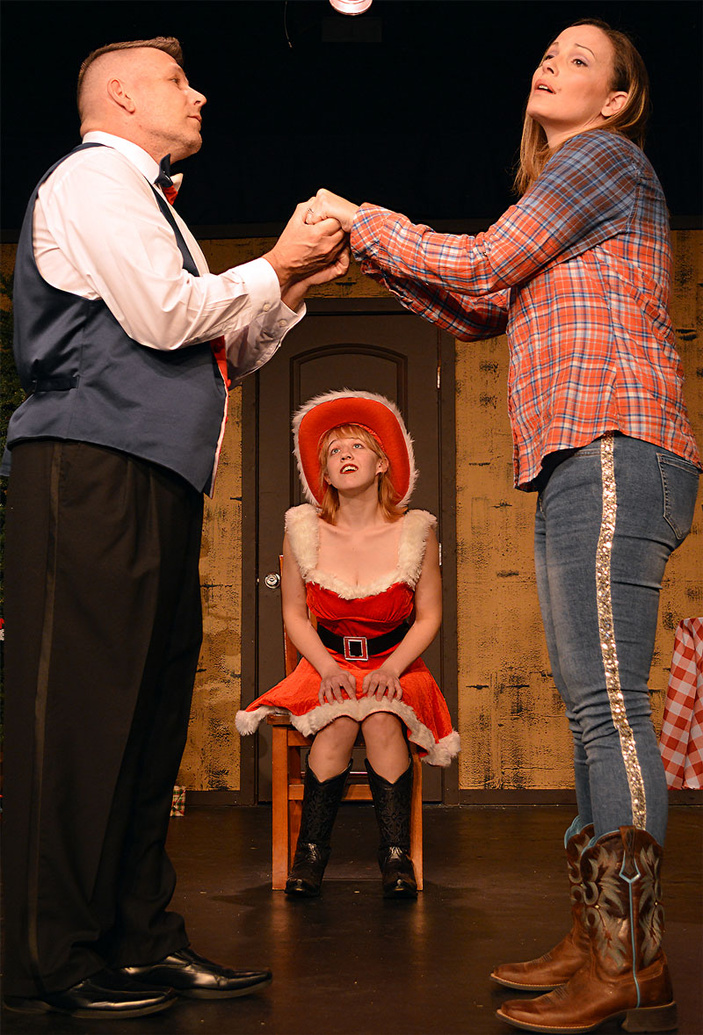 The Hill Country Community Theatre is one of only five stages across the country premiering Phil Olson’s latest play, “A Twisted Christmas Carol.” The venue was handpicked by Olson, a playwright with 16 published plays to his name, including the critically acclaimed and fan favorite “Don’t Hug Me” series.

“When you think about it, that’s a pretty big thing that he picked two theaters in Los Angeles, two in Minnesota, and then the Hill Country Community Theatre to be part of the national premier,” said Mike Rademaekers, executive director of the Cottonwood Shores nonprofit theater.

“A Twisted Christmas Carol,” which runs December 5-22, tells the story of small-town Texas barbecue joint owner Buford Johnson, a stubborn curmudgeon who doesn’t think much of Christmas. He's Scrooge in boots and bluejeans.

Olson is known for his comedic plays. The Hill Country Community Theatre has produced a few from the “Don’t Hug Me” series, which is set in Minnesota. Like his other works, “A Twisted Christmas Carol” is filled with memorable characters.

“I think that’s why his plays are so popular,” Rademaekers said. “He brings that quirkiness up, and it’s something we can all enjoy and laugh along with. But it’s a quirkiness that everybody can relate to.”

Rademaekers — who is directing “A Twisted Christmas Carol” — pointed out that audience members can see themselves, a friend, or a family member reflected in the characters' foibles. One of the things Olson does well is create characters who often feel like old friends.

“A Twisted Christmas Carol” is a Dickensian journey with a Texas twist. The main character, Buford Johnson, has a falling out with his wife over Christmas. Thanks to a tornado on Christmas Eve, a truck accident, and a coma, Buford goes on a life-altering journey with a dead barbecue sauce legend.

Olson’s characters are small-town folks with depth, Rademaekers said. And the playwright gives directors leeway in how they develop them as long as they don’t change the story or lines without his permission.

Rademaekers said he found several places where the cast could pull out a few more laughs.

And it is a funny play.

“This is something our audience will enjoy,” he said. “And, it’s something we like putting on.”

"A Twisted Christmas Carol” opens December 5 and runs through December 22. Performances are 7:30 p.m. Thursdays, Fridays, and Saturdays and 2:15 p.m. Sundays. Doors open an hour before each show. Tickets are on sale now.

Visit the Hill Country Community Theatre’s website for tickets or more information or call the theater box office at 830-798-8944. The theater is located at 4003 FM 2147 in Cottonwood Shores. 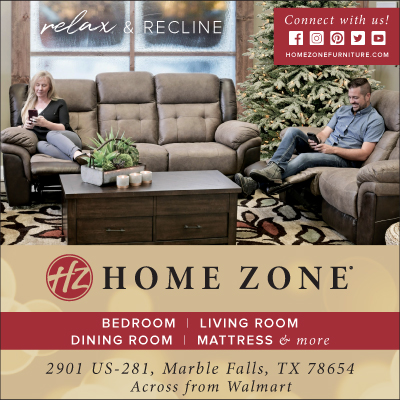