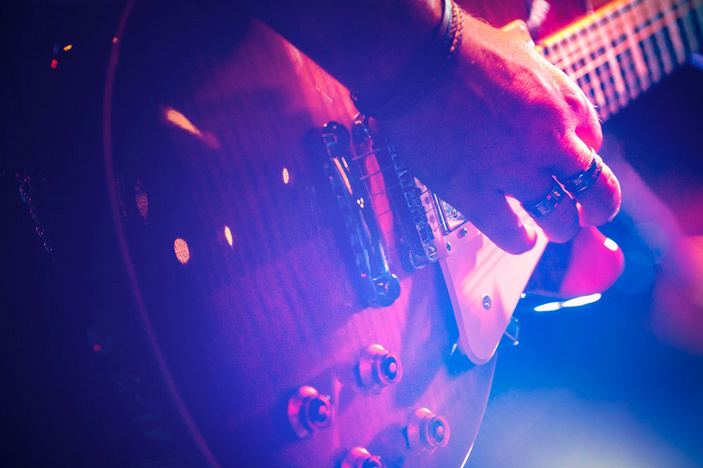 DEC. 8 UPDATE: The Best of Both Worlds Van Halen Tribute show at the Uptown Theatre in Marble Falls has been canceled due to COVID-19 concerns.

When the Best of Both Worlds Van Halen tribute show takes the Uptown Theatre stage in Marble Falls, it will be in honor of a friend to the venue and the community: Grant Dean.

Owtawck Entertainment owner, producer, and operator Seth Zargallows called Dean a great friend. Dean was a music lover and could cut a rug with any genre of music. No question he would enjoy Best of Both Worlds, Zargallows said.

The show is one of two upcoming tribute band concerts at the Uptown. The first featuring King George honors Texas’ own George Strait. The show is at 7 p.m. Saturday, Nov. 21. As of this story's publication, it was almost sold out. You can purchase tickets online.

The Uptown Theatre is located at 218 Main St.

Zargallows said Best of Both Worlds is “absolutely the best Van Halen tribute band” because of how alike they are to the original performers.

“They are known for acting and even dressing like the band,” he said.

Zargallows, who will serve as master of ceremonies, promises an evening featuring all Van Halen hits, including songs with Sammy Hagar as lead vocalist. Hagar replaced David Lee Roth in 1985. With his help, Van Halen recorded four straight No. 1 albums. Hagar left in 1996.

Half of the ticket sales from the Best of Both Worlds concert will be donated to the American Cancer Society in honor of Dean.