UtopiaFest a mix of live music and outdoor fun 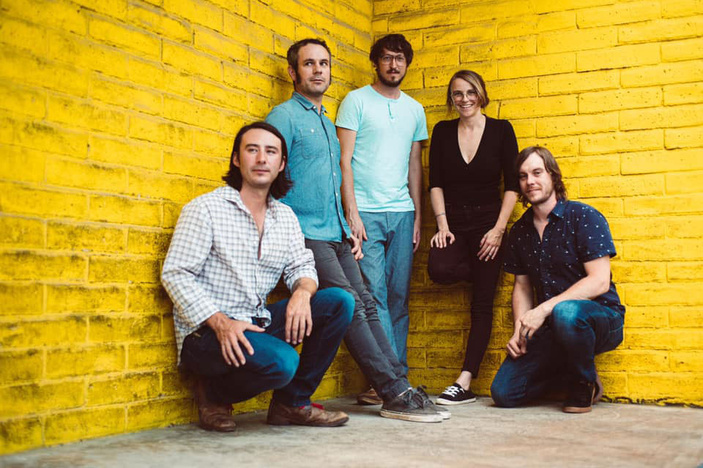 Indie folk band The Deer, featuring Grace Rowland, a 2002 Marble Falls High School graduate, is one of the bands playing at UtopiaFest on November 14-16 at Reveille Peak Ranch, 105 CR 114 in Burnet. The group recently released its album 'Do No Harm.' Courtesy photo

UtopiaFest a mix of live music and outdoor fun

A decade ago, Travis Sutherland launched a musical festival on his family’s land in Utopia, Texas. However, it was such a big hit that he soon needed more space.

His search led to Reveille Peak Ranch in Burnet.

“It feels a lot like Utopia,” he said about the outdoors adventure facility. “If I could take all my favorite things and experience a musical festival, Utopia fits that description.”

“We wanted to be closer to Austin and San Antonio, places where most people came from,” Sutherland said. “And I wanted to give my family a break.”

Festival-goers can take in live music on two stages, bring their own food and beverages, hike or ride mountain bikes, and camp.

Adult general admission weekend passes, which include all day Friday and Saturday, are $199. Weekend passes are $60 for ages 13-19 and $30 for ages 2-12. Weekend pass holders can include Thursday and Wednesday for an additional cost.

Overnight camping is available at different price levels, and bathrooms and showers are on site. Visit the UtopiaFest website for a complete breakdown of tickets and camping fees.

“We want to encourage the culture of camping,” Sutherland said. “It gives you an opportunity to have things going all day and all night. It’s safer.”

The festival will have food and beverage trucks on site.

The late night stage is highlighted by Jon Stickley Trio at 1 a.m., Mikaela Davia at 2 a.m., Shakey Graves at 3 a.m., and Shane Cooley and TMG at 4 a.m.

Some attendees will want to get their beauty sleep, while others will want to dance the night away. Those looking to keep the party going can participate in silent discos. Participants wear headphones while swaying to the beat of whatever they’re hearing. The headphones light up in different colors and onlookers can tell by the way dancers are moving whether they are enjoying a slow or fast tempo.

“There’s an amplified stage in the middle of the night,” Sutherland said. “No one is allowed to talk.”

The goal is to spend two more years at Reveille Peak Ranch, Sutherland said, which allows him to grow the festival even more.