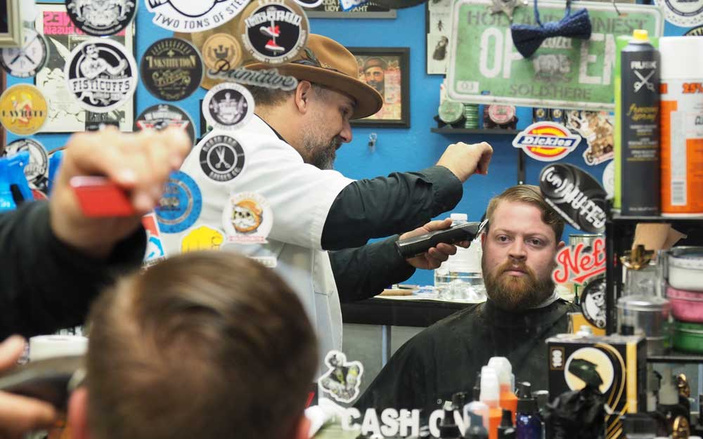 MARBLE FALLS — As Joe Green moved across Vinnie Todd’s Cut & Shave floor, heading for the door with his wife, he paused.

“I’ve been getting haircuts for going on 70 years now, and he’s the best,” said Green, pointing back to Vinnie Todd, the owner and mind behind the Marble Falls barbershop that bears his name.

Stepping into Vinnie Todd’s at 1812 U.S. 281 conjures up thoughts of an old-time barbershop, kind of like the one depicted in the Norman Rockwell print hanging on the wall. Except, Vinnie Todd’s mixes in a modern vibe. And, let’s be clear about this: Each of Vinnie Todd’s barbers attended actual barber school. 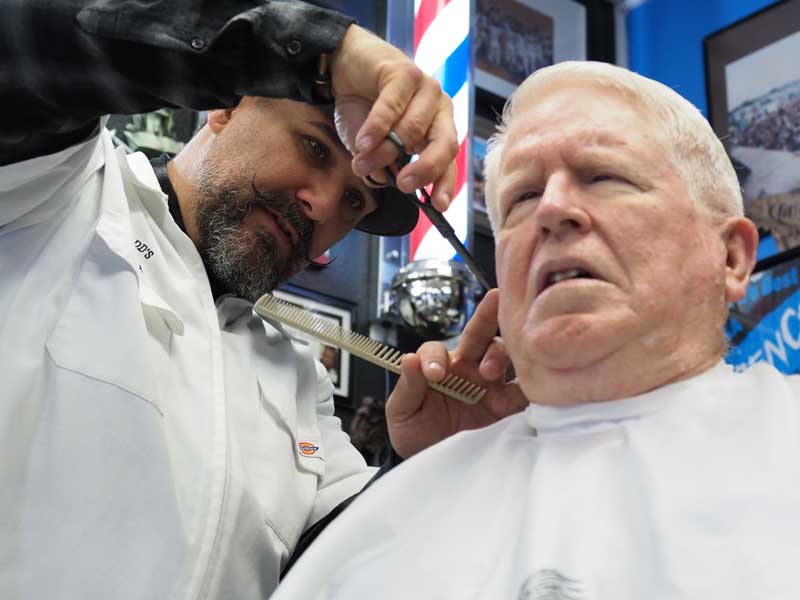 “I wanted to do something that was a mix of ‘now’ and ‘then,’” Todd said. “Barbering is a lifestyle.”

He and his crew, which includes his wife, Dena, and “Flattop” Mickey Taras, epitomize the new wave of barbers bringing back the classic cuts: the pompadour, the flattop, the scumbag boogie (we’re not making that up), the quiff, and the executive contour.

They offer hot shaves for your face, neck, and even your head — with a straight razor. 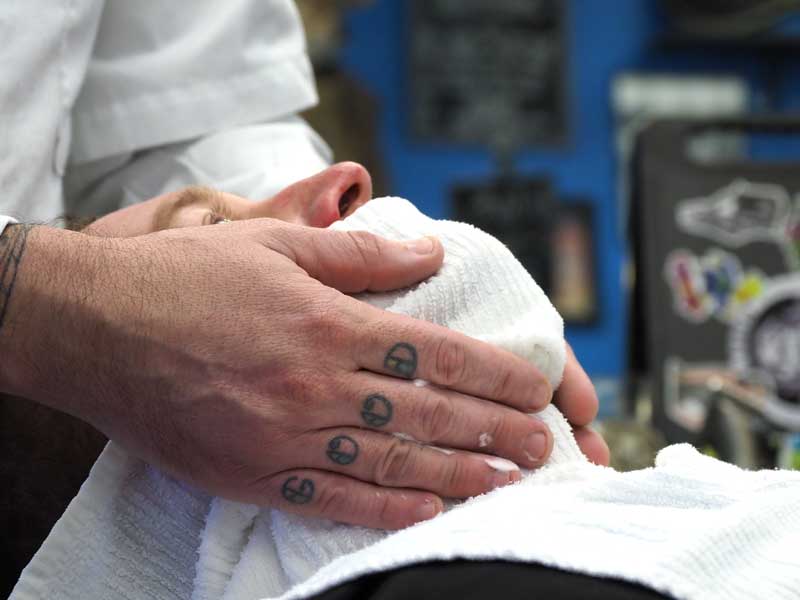 You can get a true hot shave, complete with a towel, lather, and straight razor, at Vinnie Todd’s Cut and Shave. Staff photo by Daniel Clifton

This isn’t a place where you sit down and get up five minutes later with an “adequate” haircut. Vinnie Todd’s is an experience.

When Todd was a kid, his grandfather Ed Mott gave him barbershop-style cuts. That’s when the idea of one day opening his own shop took seed. However, Todd followed a different path — music — for many years. And that musical influence seeps into the Vinnie Todd’s Cut & Shave experience.

After years on the musical road, he returned to his barbershop dreams by attending barber school. Then, while flipping through a magazine, he discovered the men of Schorem, an old-school barbershop in Rotterdam, South Holland, in The Netherlands. Their barbershop with an attitude resonated with Todd. 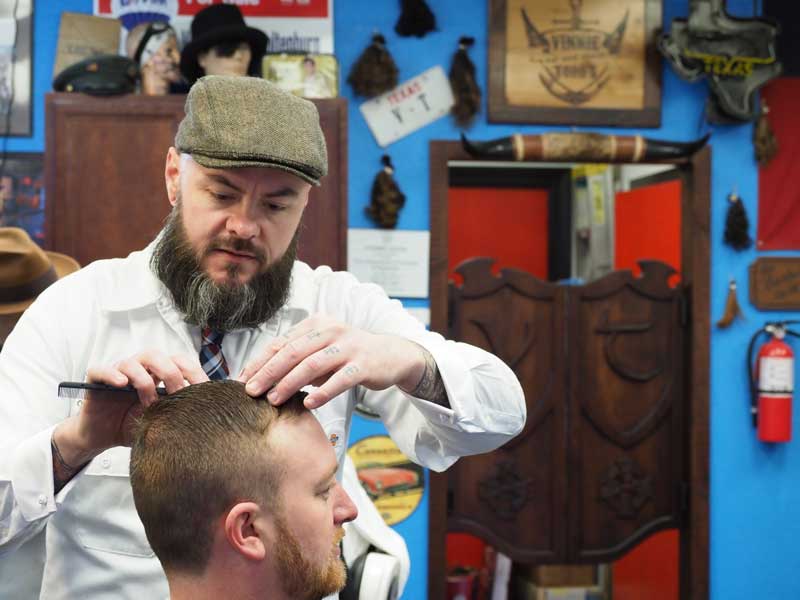 Todd eventually became friends with one of the minds behind Schorem, which led to an invitation to visit the shop as well as attend Schorem’s The Old School Barber Academy.

“We’re talking world-class here,” Todd said. “People from around the world go there to learn barbering.”

Todd drew from his grandfather’s cuts, his life as a musician, and other barbers like the guys of Schorem, and infused all that into his Marble Falls shop. But he came up with something that’s truly Vinnie Todd’s: They offer free haircuts the last Wednesday of the month from 3-6 p.m. to help folks who need a hand. It’s called “Give Back Wednesday.”

“I really think we’re influencing the style here in Marble Falls,” Todd said. “If you pay attention and look around, you’ll see guys with pompadours again. That’s what we want to do: help guys look their best and feel good about themselves.”

Vinnie Todd’s is open 10 a.m.-6 p.m. Tuesday-Friday and 9 a.m.-3 p.m Saturday. Go to vinnietodds.com for more information or stop by and find out why Joe Green says it’s the best haircut he’s got in 70 years.

Thank you, Daniel and The Picayune! Awesome article!