What’s in a Name? Black’s Fort near Bertram 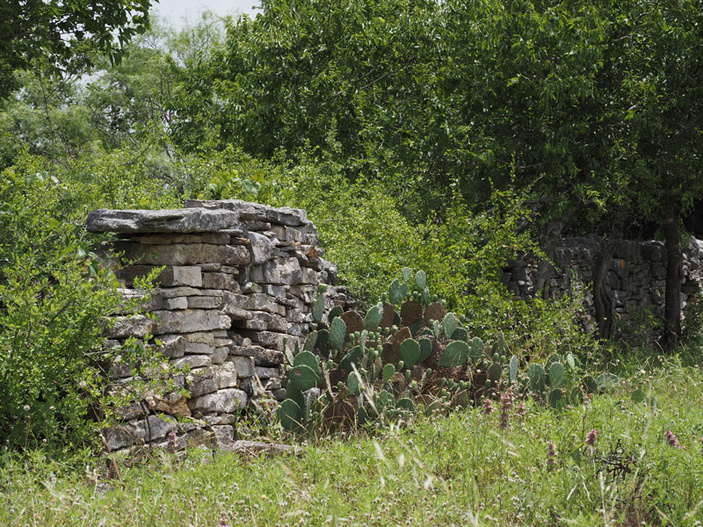 Remnants of Black’s Fort stand guard on the property once owned by settler William Black. Staff photo by Daniel Clifton

What’s in a Name? Black’s Fort near Bertram

The remnants of rock walls and a chimney peek out from scrub brush among the bois d’arcand live oak on private property along County Road 210A, about 8 miles north of Bertram — the ruins of what was once a fortification built to protect families from American Indians native to the area. The historical marker placed in 1936 near the crumbling building gives a brief history of what was called Black’s Fort.

While the name sounds official, Black’s Fort was actually a home and not a government post. After moving to the area from Arkansas in the 1850s, William Black built the stockade and stone house as a defense. The walls were 2 feet thick with holes through which you could shoot rifles. As the only stone house in the area, it was constructed as a place to where Black’s family and others could fall back if attacked.

Black even built a springhouse within the stone and wooden stockade walls. He and his wife, China Ross Black, and their seven children raised horses and mules for a living. Despite sentry posts around the corrals, the animals were regularly raided by neighboring Native Americans, prompting the family to move to Round Rock in 1868 to property they deemed safer from looting.

No known records exist showing any battles fought at Black’s Fort, so some opposed erecting the historical marker. The remaining walls and structures, however, are a testament to the courage of early settlers unsure of what challenges and dangers they faced as they moved into new areas.