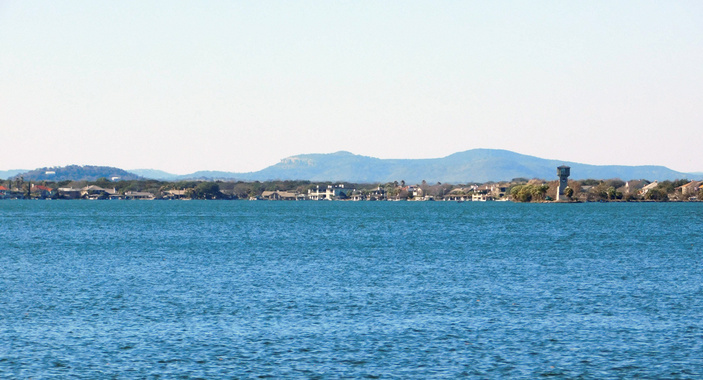 Several things came together for cousins Wayne and Norman Hurd, the founders and developers of Horseshoe Bay, before they settled on the perfect name for their planned golf resort.

Where others in the 1960s saw ranch land along Lake LBJ, the two envisioned something different. They formed Lake LBJ Improvement Corp. after Wayne purchased the former Lupton Ranch and began plotting a major development.

With Horseshoe Creek winding its way through the property that would one day become the resort and community as well as the natural form of the bay looking similar to equine footwear, the name “Horseshoe Bay” was already at the top of their list.

As they laid out their plans for the resort, the Lower Colorado River Authority lowered the lake about 30 feet to build the Thomas C. Ferguson Power Plant. One day, the two cousins were walking around the dry lakebed when Wayne spied a rusty, old horseshoe.

He picked it up, and they decided that was the end of further discussion on a name.

Now, almost 50 years later, the name Horseshoe Bay is recognized across the state as well as the country when it comes to golfing and resorts.

For more about the city, visit the Horseshoe Bay Community Guide.