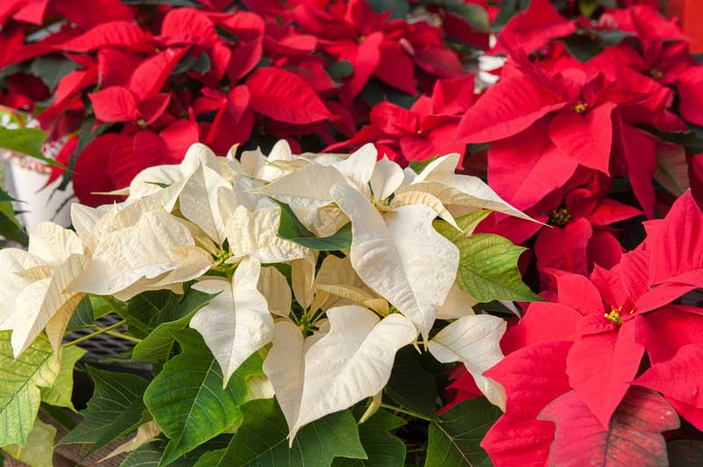 The pattern on a poinsettia’s bracts (red or white leaves) resembles the Star of Bethlehem.

When I married my wife, Sheri, she had a poinsettia that her mom had given to her a few years before our first Christmas together.

Now, I was quite amazed by this because most poinsettias make it through December and January, maybe February, but then it’s over. They’re not made for longterm life in Texas, or they surrender due to lack of care. Poinsettias are typically a get-em-and-forget-em plant.

But here, we had a poinsettia that had celebrated several Texas Christmases.

Until I killed it.

Now, in my defense, I only left it on the back porch one night, but it was a night the temperatures plummeted below freezing. The next morning, I discovered my mistake. A few red leaves (the red parts we take as the flower are actually leaves, or more precisely, bracts) clung desperately to the spindly poinsettia branches, while the rest of them, along with a mess of green ones, lay curled up and freeze-burned on the ground around the vase’s base.

Sheri, graciously, understood, but when her mom found out, I feared there would be some serious explaining to do.

So why do these seemingly rather delicate plants play such a big role in our Christmas celebrations?

Well, it starts with the first U.S. Ambassador to Mexico, Joel Roberts Poinsett (hmmm, that name looks familiar). He was visiting the Taxco de Alarcon area of southern Mexico in 1828 when he became interested in this “flowering” plant, which the Aztecs called “cuetlaxochitl.” This might have been only a passing interest had it not been for the fact that Poinsett had greenhouses back on his South Carolina plantation.

He sent some of the plants home, grew them, and gave them to friends and botanical gardens.

Eventually, the plants caught the attention of Pennsylvanian Robert Buist, who, it is believed, was the first person to sell these native Central American plants (botanical name: Euphorbia pulcherrima). By the early 1900s, people were buying them either for landscaping or as potted plants.

As for the name, the plants may have been called poinsettias as early as the mid-1800s after the man who first brought them to the United States.

However, this all doesn’t explain how the poinsettia became wrapped up in the Christmas season.

That might have to do with a Mexican legend about a little girl named Pepita.

As Pepita was walking to church for the Christmas Eve service, she was upset because she had no gift for the baby Jesus. Her cousin Pedro noticed her sadness and asked the reason. Pepita explained.

Pedro (he was a wise young fellow) told her that even the smallest gift by someone who loves Jesus would make the Savior happy.

The little girl still wasn’t sure what she could give baby Jesus, but along the way to the chapel, she spotted some weeds growing. Pepita knelt down, picked a handful of them, and fashioned a small bouquet.

As she entered the church clutching her little bouquet, Pepita began to have doubts that her gift (and thus, her) was worthy for the Christ child, but she remembered Pedro’s words.

Instead of staying in the back of the church with her bouquet and waiting until everyone else had left, Pepita walked up front to the nativity scene and placed the handful of weeds in front of Jesus’s manger. Just as she put them on the floor, these lowly weeds burst into bright red flowers.

Everyone there who saw this believed it was a miracle.

Since Pepita’s gift that Christmas Eve, poinsettias became known as “Flores de Noche Buena,” or “Flowers of the Holy Night.”

If you look at the plant’s red bracts, you might see a pattern resembling the Star of Bethlehem, which led the Wise Men to Jesus. This is more apparent on white poinsettias. (The white leaves represent Jesus’s purity while the red ones represent the blood of Christ.)

So that’s how the poinsettia became part of Christmas.

Of course, after killing my wife’s beloved plant, I was thinking red would probably represent my blood when my mother-in-law discovered this. But here’s the good thing about poinsettias: One looks almost exactly like the other, so we managed to replace it.

When my mother-in-law came to visit us, Sheri pointed out that the poinsettia was alive. Her mom looked at her with a raised eyebrow and said, “Huh? I killed the one I bought at the same time years ago. Oh, well.”

And that was a Christmas miracle. 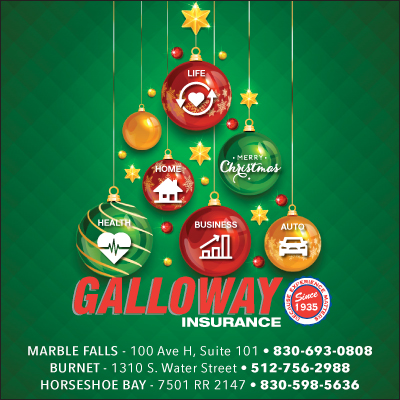