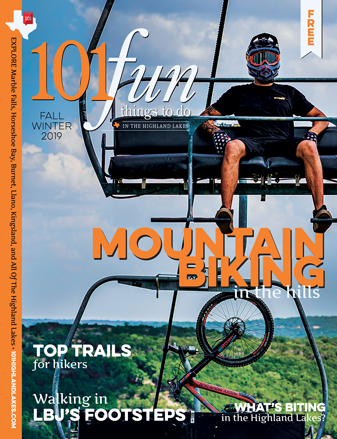 Poisonous plants that will have you in itches 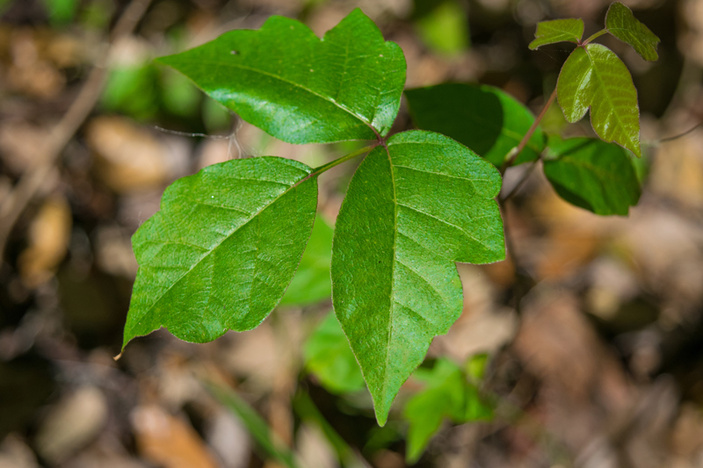 Poison ivy leaves grow together in threes and have smooth or toothed edges. It is usually seen in the Highland Lakes as a vine growing up a tree but can also be a shrub. Its color changes seasonally: red in spring, green in summer, and orangish in fall. It often has green or white berries and yellow-green flowers in spring and summer.

Poisonous plants that will have you in itches

Poison ivy. Just the thought of it makes you want to scratch. Actual contact creates an incessantly itchy, red rash that can swell into blisters — all from a seemingly harmless plant loaded with an irritant known as urushiol (you-ROO-shee-all) oil. The leaves — all three of them — stems, roots, flowers, and berries contain the oil.

Also found in poison oak, urushiol is absorbed into the skin within minutes after contact. The rash can appear hours or even days later and last from one to three weeks.

Clothing, garden tools, and anything else that touches the plant can transfer urushiol to multiple areas of human skin by contact. Animals are not affected, although they can carry the oil to humans. 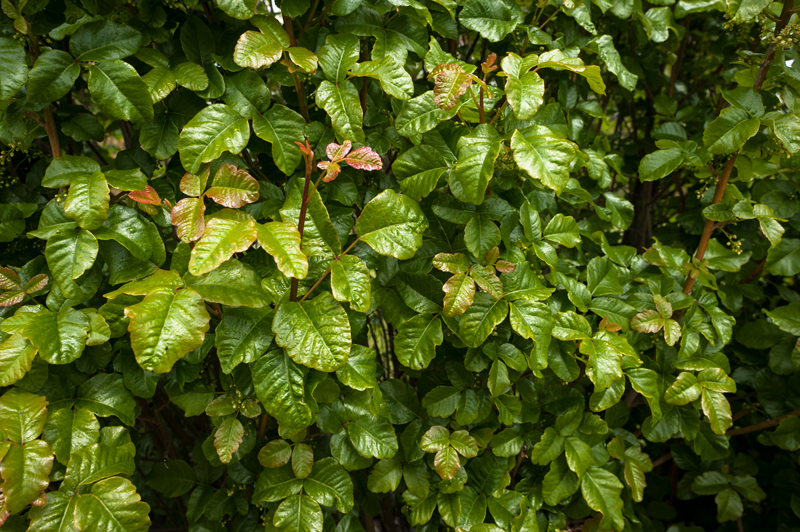 Poison oak usually has three leaves growing together but can have up to seven. The leaves have lobed edges. The plant grows as a shrub or a vine. Its color changes seasonally: green in spring, yellow-green or pink in summer, and yellow-dark brown in fall.

Both poison ivy and poison oak are common in the Highland Lakes with poison ivy being the most widespread, said Highland Lakes Master Naturalist Martelle Luedecke. Both plants are found locally as vines and shrubs. They are most often in overgrown and undeveloped areas.

An easy way to identify them is to remember this little ditty: “Leaves of three, let them be.” Both plants grow their leaves in groups of three. Poison ivy leaves have smooth or small, tooth-like edges, while poison oak leaves are fuzzy on both sides and have lobes or large, toothed edges.

The antidote for poison ivy is jewelweed.

“God, being cool like He is, places jewelweed generally right next to or in close proximity of the poison ivy,” Luedecke said. 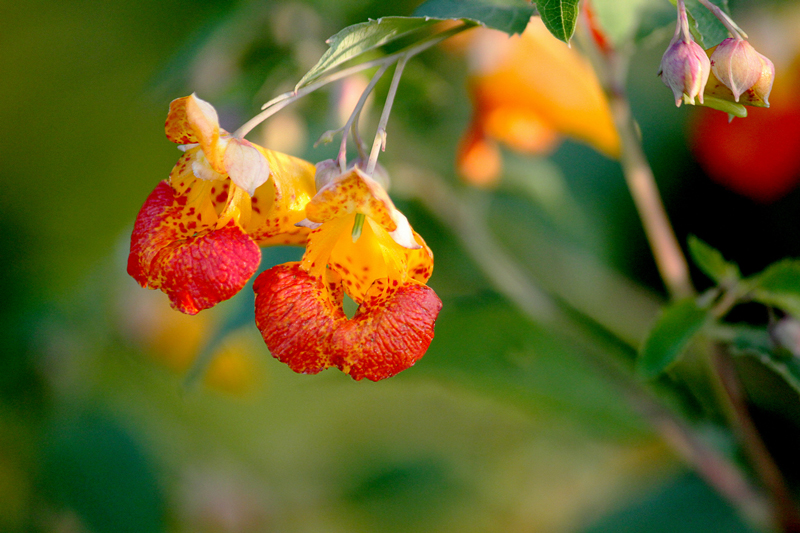 Jewelweed flowers are orange with red-orange specks. Its leaves are oval-shaped with toothed edges. It flowers mid-summer through the first frost and is commonly used in Native American medicine.

To use jewelweed as an antidote, crush it up then rub it on areas that might have come into contact with poison ivy.

A few other home remedies for soothing poison ivy or poison oak rash include: