Sip for a cause at Save the World Brewing Co. 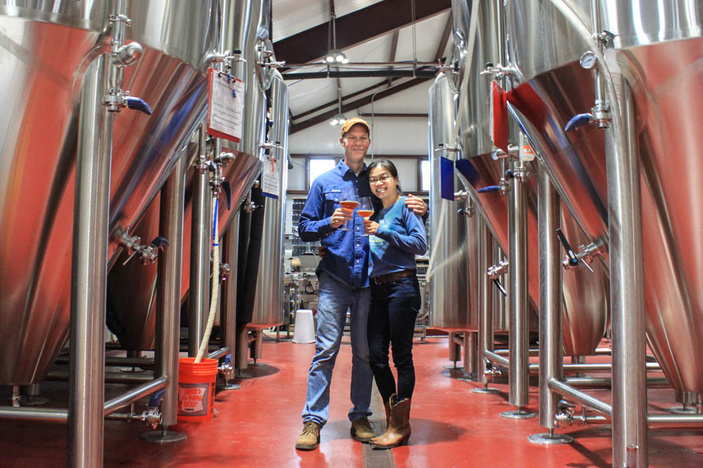 Sip for a cause at Save the World Brewing Co.

Save the World Brewing Co. takes its name seriously: The local microbrewery donates 100 percent of its profits to charity. The brewery produces authentic Belgian-style beer you can feel good about — and it tastes good, too.

David and Quynh Rathkamp started the brewery after successful careers as physicians. They combine a love of science with brewing beer and a humanitarian mission.

“Philosophically, we’ve always been concerned about the environment and the planet and people,” Quynh said. “Our regular charities that we support are Food for the Hungry, Meals on Wheels, and Habitat for Humanity — charities that supply basic human needs.”

David had been homebrewing beer for 15 years and took that passion further by attending brewing school, a postgraduate course with lectures in engineering and biology. The Rathkamps’ background in science has helped them. They hold the belief that it’s easy to make beer, and it’s hard to make good beer.

“There’s a lot of science to brewing. Understanding the science behind producing a consistent, quality product makes you much more able to do it well,” Quynh said.

Save the World focuses on brewing Belgian-style beers, which, according to David, are very drinkable and well-balanced.

Everything about the ingredients are thoughtfully chosen. Save the World uses “noble hops,” which are a select group of hops that European brewers have designated for centuries as being superior hops. Its malt is imported from Belgium or Germany. Even the local water is perfect for the process.

“We sent water from this property to Texas A&M to get it analyzed, and the report analysis compared it to the best water used in Belgium — it’s almost identical,” David explained. “People around here complain that the water tastes like minerals, clogs up their shower heads, the calcium from the limestone fogs up their glassware, but it’s perfect for us making Belgian beers.”

All of the beers from Save the World have Latin names, which pay homage to the Rathkamps’ medical background and their love of God.

The beers in their regular lineup are Humilius Filius, Foctum Bonum, and Agnus Dei. Lux Mundi is their renowned “patersbier” (father’s beer). It is a nod to monastery brewhouses, honoring the beer that Belgian monks drink every day.

“Lux Mundi epitomizes what I mean about a well-balanced beer,” David explained. “From the smell to the taste to the way it feels in your mouth, it’s so smooth, you want to take another sip.”

Visit the brewery to check out the tasting room and tour the facility. David leads the tours, breaking down the science of brewing and showing off the state-of-the-art equipment with pride. Tours are open to the public during tasting room hours from 3-6 p.m. Fridays and 1-6 p.m. Saturdays.

Save the World’s beers can be found in retail stores and on tap across Central Texas. It can also be consumed in-house at the brewery. Join Save the World’s “True Beerliever” Club for a free beer, a T-shirt, and an annual birthday brew.