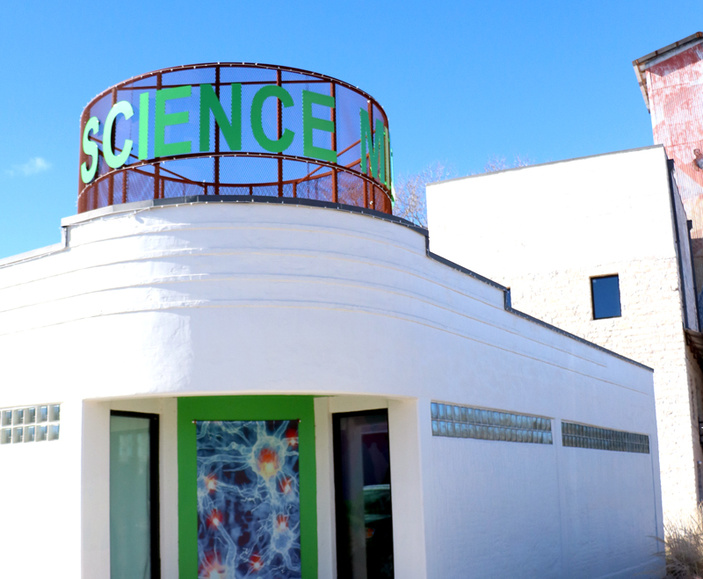 JOHNSON CITY — You might not expect it, but a town of about 1,600 people in the heart of the Texas Hill Country is where you’ll find a 30-foot-tall robotic hand, sailboats, virtual reality, an atomic jellyfish, and even a banana piano.

These world-class, hands-on exhibits — plus dozens more — are at the Science Mill in Johnson City, which draws thousands of visitors through its doors each year. The 1880s-mill-turned-museum hosted more than 35,000 visitors in 2017 and 120,000 in the three years since it opened on Valentine’s Day 2015. 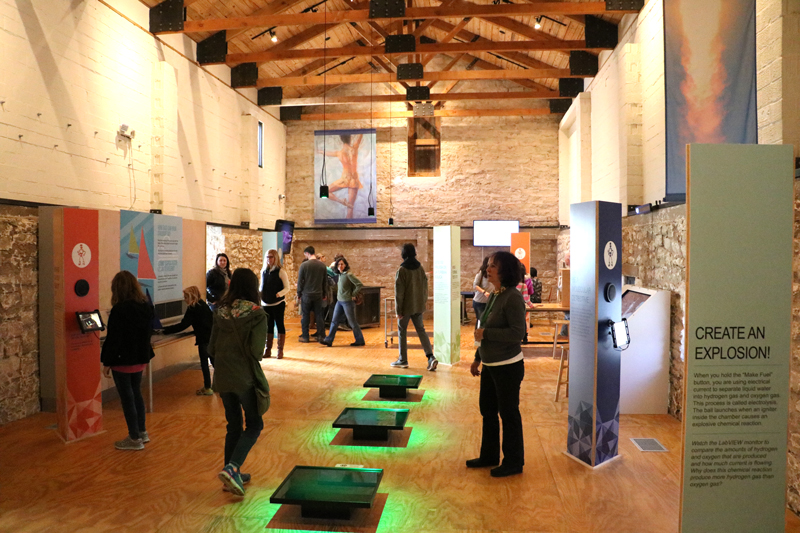 Unlike learning science from a textbook, interacting with Science Mill exhibits is exciting and memorable.

“You can actually interact and do science,” co-founder Dr. Bonnie Baskin said. “It’s all hands-on. (The children) realize, ‘Hey, I’m really good at building this; it’s exciting!’ They walk out of here successful.”

With nearly 50 exhibits, the Science Mill offers visitors a chance to interact with STEM (Science, Technology, Engineering, Math) concepts in a variety of ways. Many exhibits prominently feature a fifth concept — Art — so you might hear references to “STEAM” during your visit. Each exhibit is selected and designed by Science Mill staff.

“We picked out every single exhibit ourselves,” Baskin said.

The museum was created with a focus on middle school-age children. The exhibits are set up to teach STEM or STEAM concepts in a way that allows for experimentation and firsthand experiences.

“We want the threshold to be low and the ceiling high,” Baskin said. 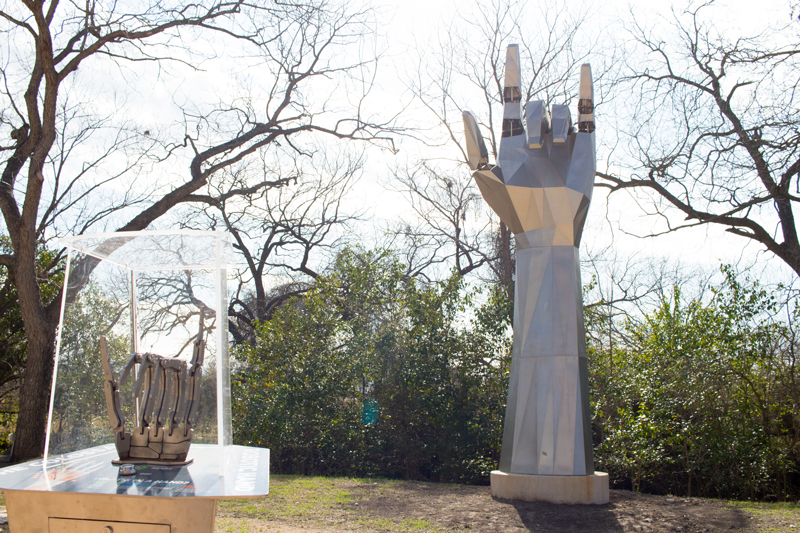 Control the 30-foot Robotic Hand and learn about movement at the Science Mill in Johnson City. Staff photo by Jared Fields

She listed some of the most popular exhibits:

• a new Colossal Robotic Hand that stands 30 feet high and is controlled by a smaller hand with levers;

• the Incredible Ball Machine, which keeps your senses busy following the path of balls as they roll, bounce, fly, and crash;

• a Virtual Reality Body Table on which you can explore humans and animals by using hand gestures on a giant computer screen/operating table;

• Gases of Life, one of many exhibits that covers biology;

• a Fossil Dig for future paleontologists, who can learn firsthand how to extract fragile bones from the dirt;

• and African spurred tortoises in a recreation of their native habitat.

Before visiting, you can preview the exhibits online. 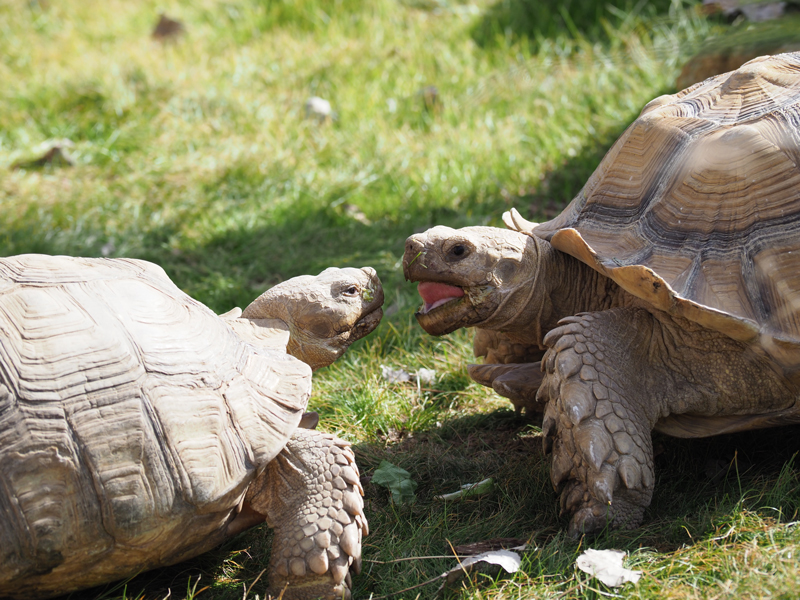 The Science Mill in Johnson City is home to African spurred tortoises, which you can feed. Staff photo by Daniel Clifton

The combination of unique exhibits in an old mill in a rural town all combine to make the Science Mill a must-visit, day-trip destination for people nearby in Marble Falls or from Austin or San Antonio. It’s also a great advantage for area schoolchildren.

“I used to say, ‘Why are our kids here any less deserving than those in Austin or Chicago or Boston?’” Baskin said. “I think what’s borne out to be true is I always believed if we created something of high quality (that) was really valued, it would draw people and be successful.”

Baskin and her husband began building a home west of Johnson City in 2009. They later purchased the old mill and created the nonprofit in 2012.

“I was fortunate enough to do the things I wanted, and I wanted to give kids the same opportunity,” she said. “That’s what you want, particularly for kids who haven’t been given that spark.” 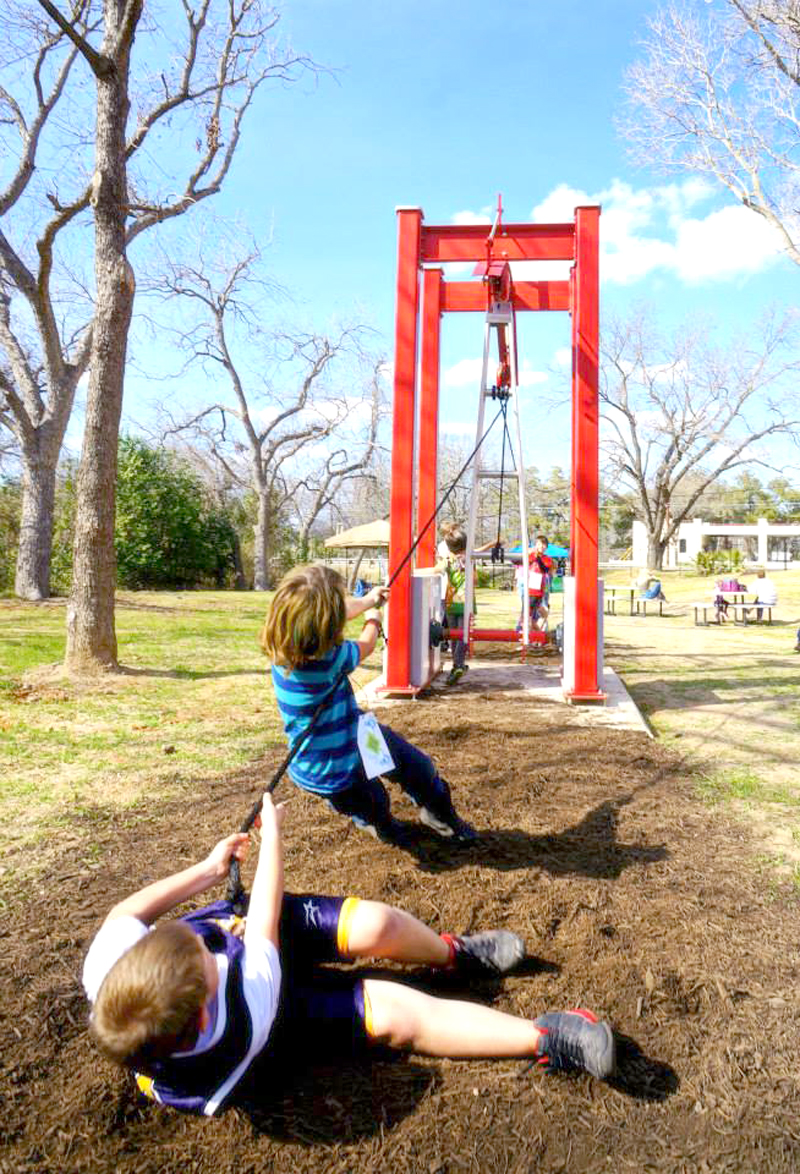 After a day at the Science Mill, Baskin said she hears children leave wanting to be scientists, which is how she measures the facility’s success.

“As a science museum, you don’t ever measure anything by financial gain,” she said. “To me, success is just seeing these kids get excited. The parents say, ‘Thank you for doing this in our community.’”

Plus, the kid in her still has a lot of fun.

As for the future of the Science Mill, new construction and more exhibits are planned. An aquaponics exhibit and greenhouse should be completed by the summer of 2018. More camps will be offered in Johnson City, San Antonio, and Austin. Adjoining land has been acquired for a potential future expansion, although Baskin said she doesn’t want to make the museum much bigger.

She explained that replicating the success of the Science Mill in other locations is more likely than growing the Johnson City location.

“Some people have been talking to me farther north about if I would be interested in doing something (like the Science Mill),” Baskin said. “Right now, I’m not. There’s still lots to do here.”

Romance in the Highland Lakes: Date ideas from local couples

Mountain biking on the rolling hills of the Highland Lakes

Join the club: What you need to know if you're new to golf
More Play
Advertisement