Stidham Outfitters in Johnson City a tribute to Western heritage 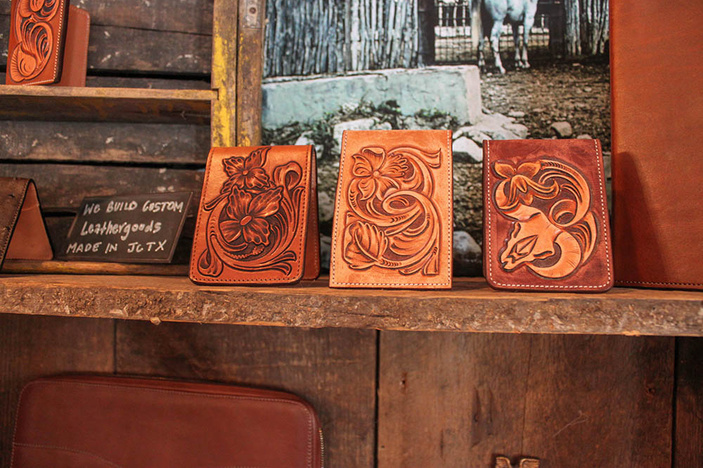 Order a beautiful handmade wallet from Stidham Outfitters and Custom Leather, made with love in the Hill County. Staff photo by JoAnna Kopp

Stidham Outfitters in Johnson City a tribute to Western heritage

Stidham got his start tooling leather when he had the opportunity to work for a saddle maker in Salado. After the saddle maker sold his company, Stidham stuck with the craft, which had become his passion. 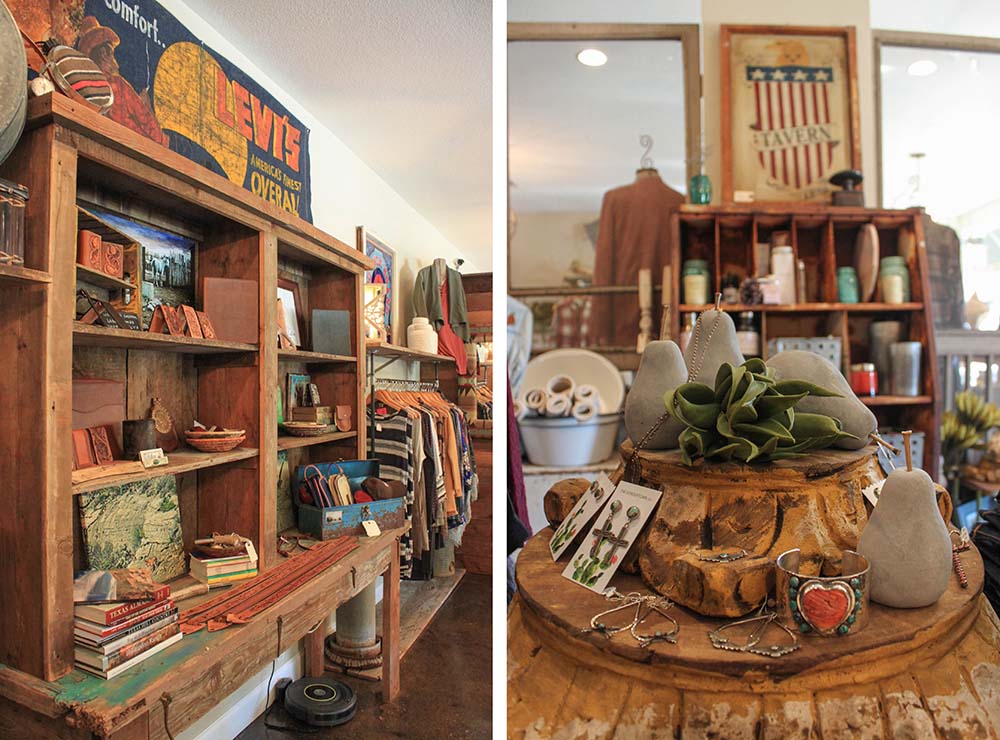 Stidham Outfitters in Johnson City is a one-stop shop to fit the Hill Country lifestyle. Staff photo by JoAnna Kopp

“I look up to saddle makers,” Stidham said. “I have always liked high-end leather goods. The craft that went into it, the slow process of making it.”

Stidham draws each of his designs by hand and regularly retires designs from his work. For custom designs, he’ll add initials or a logo but not much more than that.

“We get a lot of people who come in and ask if I can replicate a design,” he said. “We’re not interested in that; we’re interested in originality.”

Once Stidham gets to work on a project, he turns into a machine. With his cowboy hat pulled down and a toothpick between his teeth, all concept of time is lost until he is satisfied with his progress for the day. 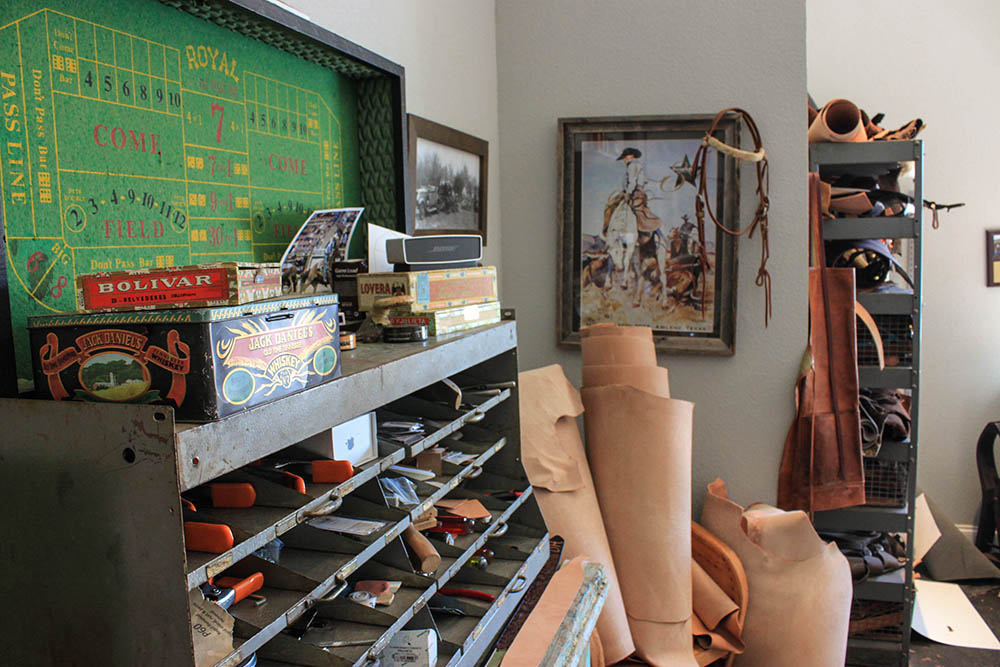 The workshop at Stidham Outfitters and Custom Leather in Johnson City is filled with various lengths and scraps of leather, tools, and treasures from owner Seth Stidham's past as a roper in the rodeo. Staff photo by JoAnna Kopp

The leather working process for an item such as a belt can take a full day of work, from drawing the design, carving it out, tooling, edging, and sewing. Stidham works in batches, though, so it is rare any one project is finished in a day. For custom orders, he asks for a four-to-six-week turnaround time.

Stidham excels at his art and craft. He can make nearly anything out of any type of leather: knife scabbards, wallets, belts, purses, pillows, rifle slings, gun holsters, catch-all trays, and so much more. While he typically works with leather supplied out of St. Louis, customers often bring in exotic hides such as ostrich, buffalo, hippo, and gator. 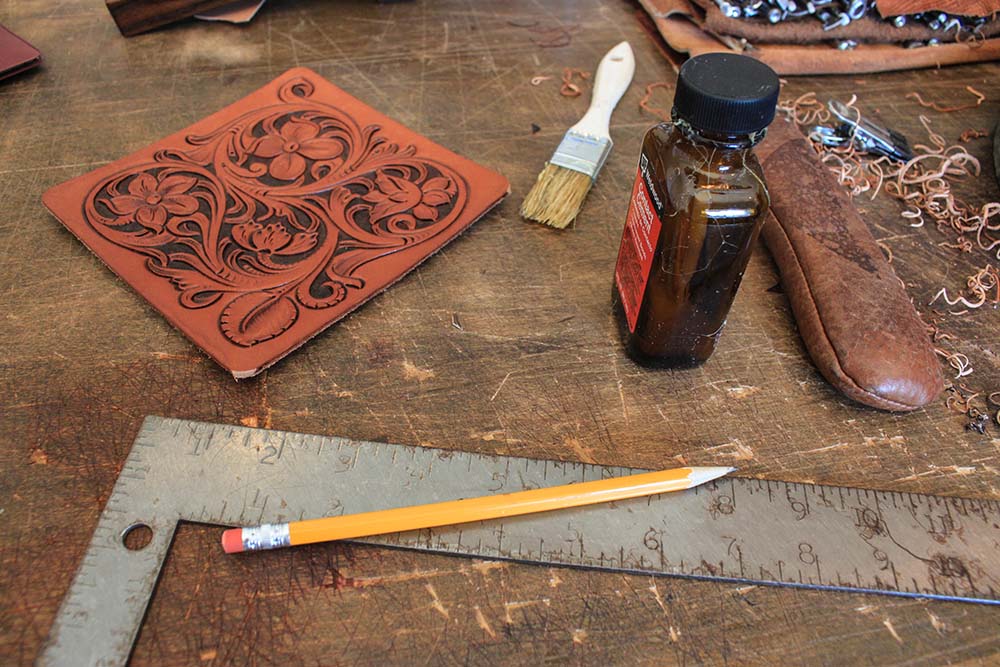 Leatherworking is a slow, intricate process that takes many tools and quite a bit of patience. Staff photo by JoAnna Kopp

Stidham’s workshop has a hectic organization — the kind of system in which creative types thrive and foster. In there, you’ll find remnants of his past running rodeos, various lengths and scraps of leather, a craps board, at least four sewing machines, and every tool of which a craftsman can dream. While he works, he listens to a playlist that he describes as Western Americana: Ryan Bingham and Jamey Johnson with a bit of ZZ Top mixed in.

Arpin, meanwhile, represents the retail side of business. She handles the books, crunches the numbers, and does all the merchandising. She also does the purchasing for the clothes, shoes, accessories, home goods, and other items in the shop. She values quality more than anything and places a sharp focus on American-made items. She generally stays away from wholesale markets, where retailers can buy bulk, imported goods. 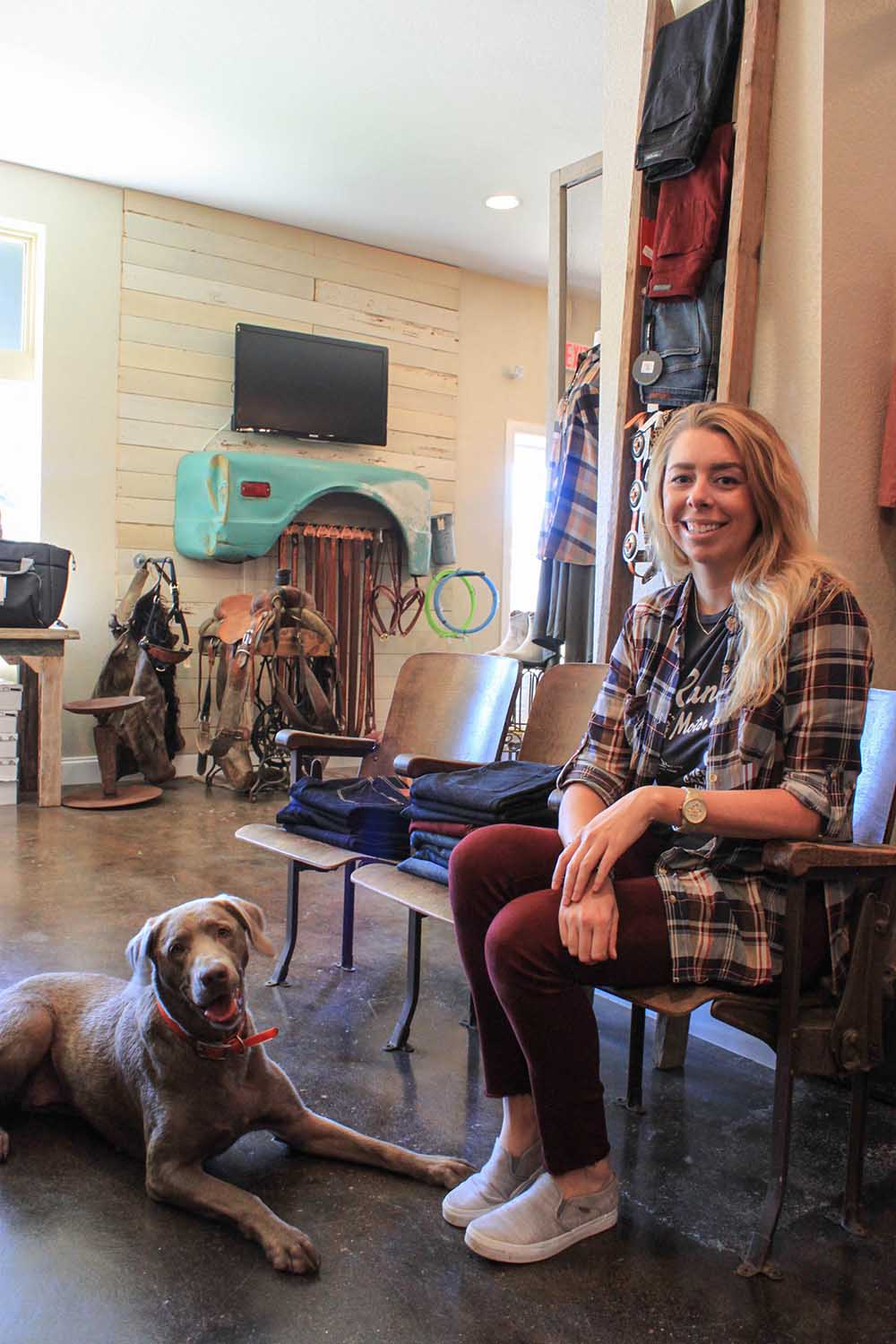 Jasmin Arpin (right), along with Pearl, manages the day-to-day operations at Stidham Outfitters and Custom Leather in Johnson City, including merchandising and handling the books. Staff photo by JoAnna Kopp

Stidham Outfitters is very much lifestyle-based: It offers goods that fare well in the Hill Country. Here, you’ll find what you would wear to a wine-tasting one weekend and to the LBJ barbecue at the Texas White House the next.

“I keep it authentic,” Arpin said. “We serve wine on the weekend, and we have a complimentary bourbon bar in the men’s section.” 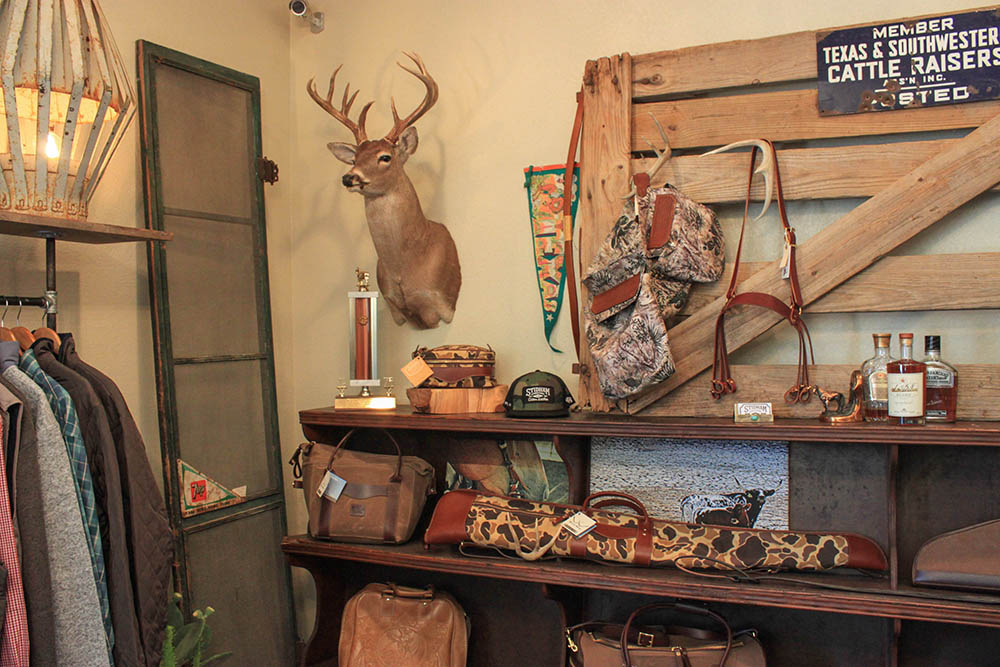 For the retail side of Stidham Outfitters, Jasmin Arpin focuses on American-made goods from independent brands. Staff photo by JoAnna Kopp

The couple moved to Johnson City in 2011. They originally hail from the Georgetown area. Growing up, it was still a rural, charming farming community. Today, it’s more like a suburb of Austin. Before they moved away, a shopping center with big-box retailers came to town, causing vacancies and turnovers in Georgetown’s historic square. The couple was looking for a change, and Arpin’s work with a real estate developer brought them to Johnson City.

“We both wanted to get back to our roots, in a way, and return to a small-town environment,” Arpin said. “The Hill Country is so enchanting. The first year we were here, we went through all my dog-eared Texas Monthly articles. We started exploring all the little towns. We found solace in day trips.”

The Johnson City community is important to Arpin and Stidham. They sponsor a little league team and donate to the volunteer fire department fish fry, the wild game dinner, the livestock show, and the Lions Club.

“I enjoy the people that we meet,” said Stidham, whose workshop is a revolving door for curious visitors. “Being in a small town is cool because every day I get people who come in and hang out, from police officers to ranchers. I love hearing all their stories and having the occasional craps game.”

How to have a Highland Lakes Mother’s Day

Souvenir shopping in the Highland Lakes