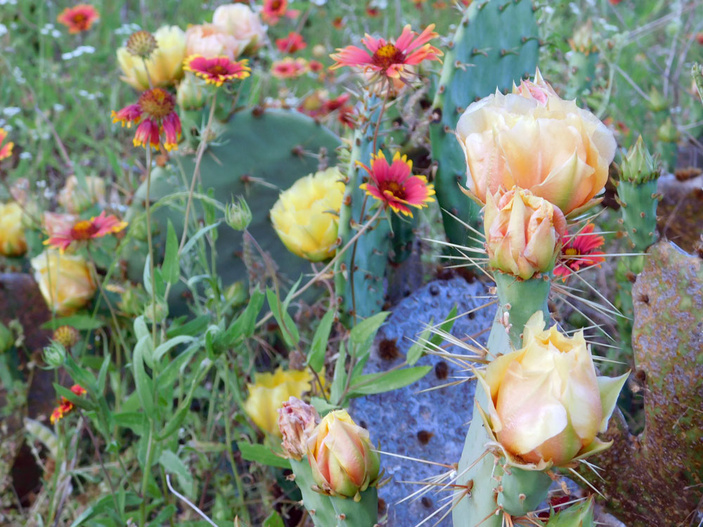 The blooms of the Texas prickly pear cactus can be yellow, yellow-orange, red, or white, and all are beautiful. No wonder this cactus is the state plant of Texas. Staff photo by Jennifer Greenwell

It’s that time of year when even the prickliest Texas natives burst into bloom. Most notably in the Highland Lakes is the prickly pear cactus. Look around from April through June, and you will find big blooms opening wide on the state plant of Texas. The Hill Country has an abundance of these beauties, naturally complementing the rocky landscape.

The prickly pear’s scientific name is opuntia lindheimeri, a nod to the gentleman who first documented this species, Ferdinand Jacob Lindheimer, considered the “Father of Texas Botany.” Other names for the plant are Lindheimer prickly pear and nopal prickly pear. Blooms from the prickly pear are usually yellow, yellow-orange, or red but can also be white.

Texas officially adopted the prickly pear as the state plant in 1995. The House Concurrent Resolution No. 44 sums up the cactus' draw: “Rugged, versatile, and uniquely beautiful, the prickly pear cactus has made numerous contributions to the landscape, cuisine, and character of the Lone Star State, and thus it is singularly qualified to represent the indomitable and proud Texas spirit.” 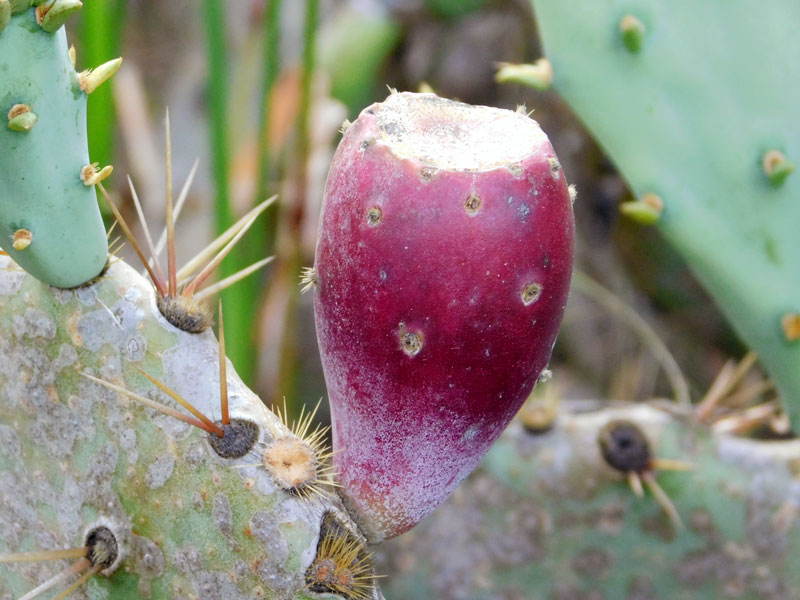 The reddish-purple part of the prickly pear cactus is the tuna, or fruit. Staff photo by Jennifer Greenwell

Every part of the plant is edible. Cattle eat it, people eat it, and bees go wild for the plentiful pollen from the blooms.

If it’s hard for you to imagine eating cactus, consider this: Not only is it edible, it is a staple for some people in Mexico and has become a popular ingredient in Texas cuisine. It usually can be found in the fresh produce section of local grocery stores. Nopal means cactus in Spanish, nopales is the word for the cactus' stem or pad, and nopalitos is the name for the cooked cactus. The cactus pads and fruit are a good source of nutrients, including calcium, magnesium, potassium, iron, vitamins A and C, fiber, and antioxidants.

The leaves of the plant, nopales, are eaten as a vegetable. Younger nopales are said to have a better taste than older ones. Nopales, once the spines have been removed, are sliced and can be steamed, grilled, boiled, sautéed, fried, pickled, seasoned and made into jerky, or even eaten raw. The taste is similar to green beans.

The fruit of the prickly pear are called tuna, and they turn red or purple when ripe. The eye-catching blooms sit atop the tuna. Once the blooms fall off, the tuna ripen. The taste of a ripe tuna has been compared to watermelon. The fruit is seedy and can be consumed in a variety of ways. The fruit requires peeling and then it may be eaten fresh (just spit out the seeds) or mashed, boiled, and strained to make juice, jelly, wine, syrup, or tuna cheese (a fruit butter). 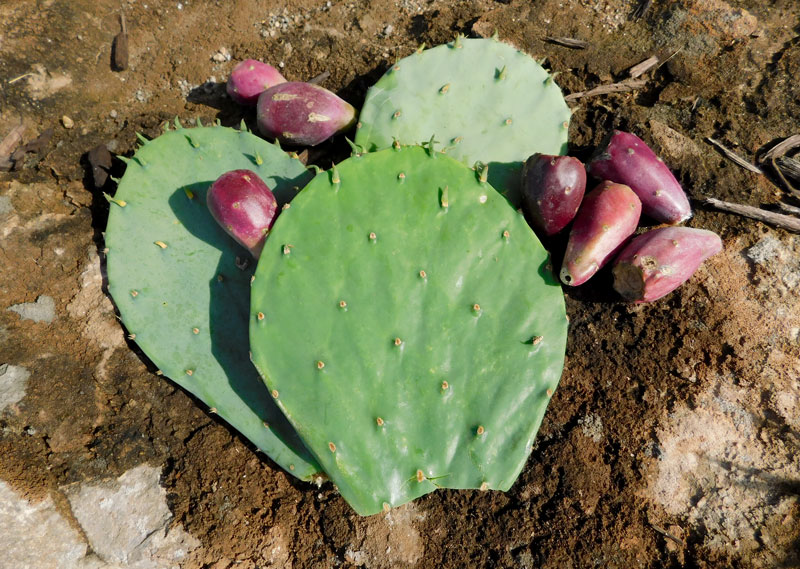 Foraged tuna (fruit) and nopales (pads) from a prickly pear cactus. Both parts are edible. Staff photo by Jennifer Greenwell

While you can purchase nopales and tuna from your grocer, you also can forage for them. Should you opt to pick your own, here are some important things to keep in mind:

Nopalitos with tomatoes and onions from simplyrecipes.com