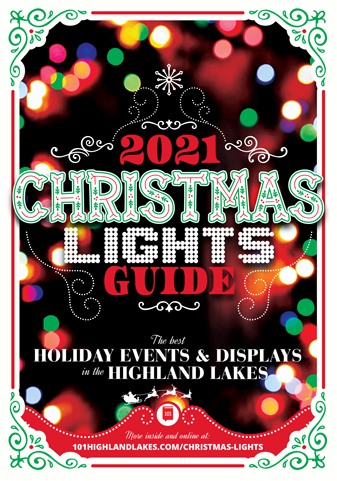 Browse Marble Falls Walkway of Lights for more articles like this.

Walkway of Lights a winter wonderland in Marble Falls 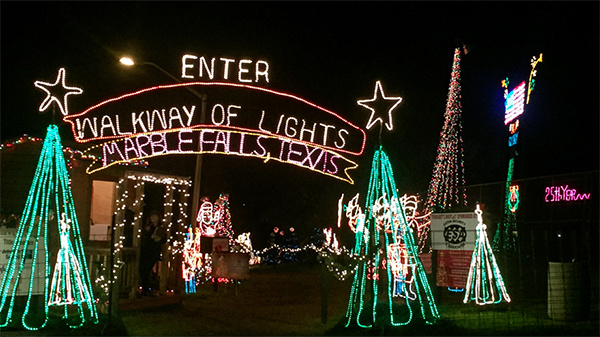 The entrance to Walkway of Lights in Marble Falls. The annual Christmas lights display is celebrating its 25th anniversary in 2015.

Walkway of Lights a winter wonderland in Marble Falls

The final night in November, I went to Walkway of Lights in Marble Falls. Maybe it’s cliche or maybe it’s just the Christmas spirit getting to me, but I felt like I was living in the song “Walking in a Winter Wonderland” — minus the snow, of course, because this is Central Texas.

My favorite sculpture of them all: an elf delivering a package to Santa’s workshop. Photo by JoAnna Kopp

I enjoyed my time at Walkway of Lights and absolutely recommend going on a weeknight. There was no crowd in sight, and, at times, we felt like we had the whole place to ourselves. The light sculptures reflecting on the serene water was wonderful. The U.S. 281 bridge lit up the background. It was a beautiful way to spend a Monday night. 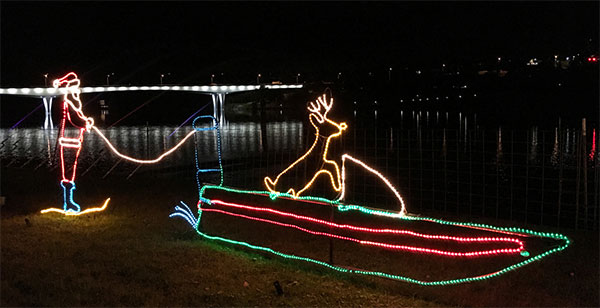 A reindeer pulls Santa as he skis across Lake Marble Falls. Photo by JoAnna Kopp

On our arrival, we learned someone had just proposed under the lighted walkways! I was told that this is not uncommon; two years ago, there was even an entire wedding ceremony. Walkway of Lights can make quite the romantic date. 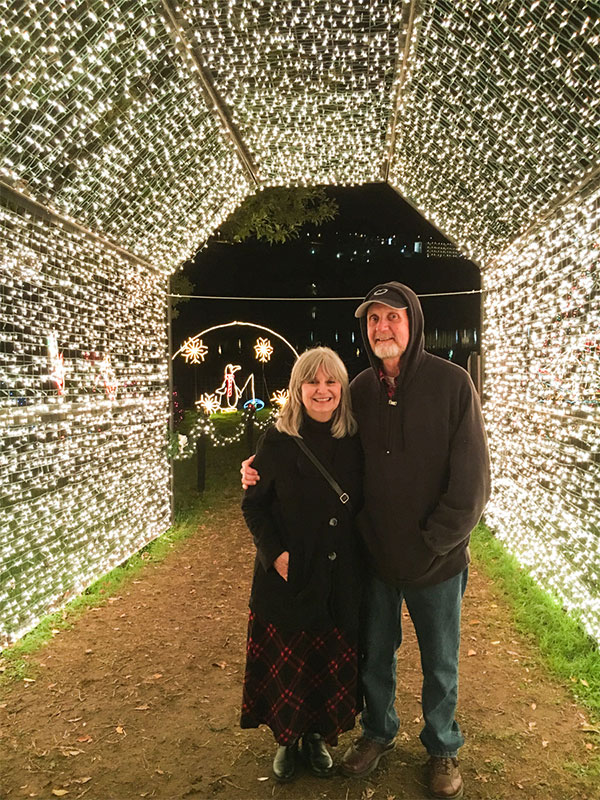 Lynn and Jim Wisdom of Seton Highland Lakes volunteered at Walkway of Lights in Marble Falls. Photo by JoAnna Kopp

Walkway of Lights, organized by the Marble Falls/Lake LBJ Chamber of Commerce, got its start in 1990 and was organized by 57 residents. The event is all about the community and how the town celebrates Christmas. As a matter of fact, the families that were instrumental in its start still form the backbone of the community.

Over the past 25 years, Walkway of Lights has become a whimsical spectacle. The walkway is adorned with more than 2 million colored lights on 135 sculptures. Some sculptures are traditional, such as Christmas trees, Santa’s workshop and a group of gingerbread men. Many are religious. Others are quite out-of-the-ordinary, like the reindeer pulling Santa on skis and Santa as the captain on a great steamboat. 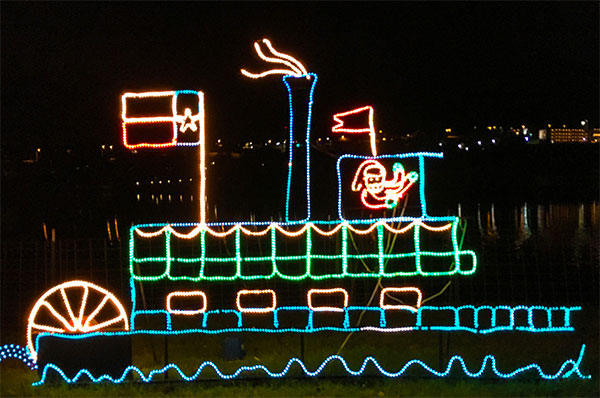 Santa driving a steamboat: Not something you see every day! Photo by JoAnna Kopp

I spoke with the chamber’s Bill Rives about the event and how they manage to put on the incredible display each year.

“It’s free and designed to always be free,” he said. “It’s our gift to the community.”

Rives stressed that the event will always be part of the town’s tradition; it even has its own checking account within the chamber, and all donations collected are deposited back into this account. Staff keep a minimum in the account at all times, Rives explained, “so if there’s a disaster or Armageddon or whatever, there will still always be the Walkway of Lights.”

Rives could only describe the spectacle as an “eclectic collection” of lights and sculptures and fun for the whole family.

“The neatest thing to see is just how it affects people. Not just a 6-year-old but a 60-year-old as well. It is is truly a multi-generational tradition for families,” he said. 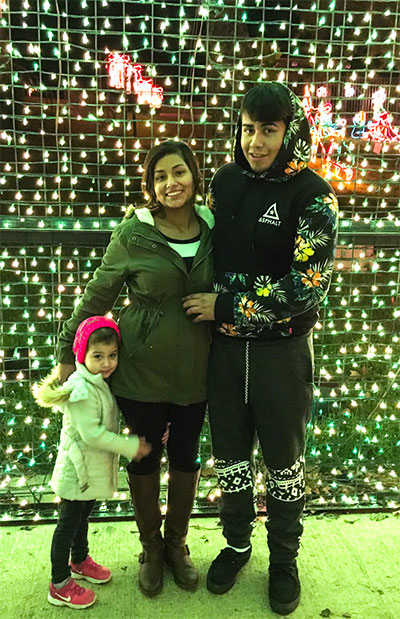 Rafael Segura and Lizbeth and Isabella Jaramillo traveled from Burnet to visit Walkway of Lights in Marble Falls. Photo by JoAnna Kopp

Depending on your pace, the trail will take about half an hour. The trail is flat, clean and ADA-accessible. About halfway through, you’ll pass a concessions trailer. Each night, one of 15 nonprofits (made up of local churches, high schools, and civic groups) run the concessions. They sell hot chocolate, apple cider, cookies and popcorn. I highly recommend you stop to buy a cup of hot chocolate. Not only does it cost just $1, which goes straight to charity, but it is delicious and packed to the brim with marshmallows.

Walkway of Lights opened the week of Thanksgiving and runs nightly 6-10 p.m. until Jan. 1, 2016, weather permitting. Leave your dog at home because pets are not allowed. Call (844) 635-4448 to find out the daily status of Walkway of Lights before you visit!

Find more articles like this in Marble Falls Walkway of Lights

I've been 3 times this year alone. My grandson is 3 and just loves looking at the lights. Each trip he sees something new he didn't see the trip before..

I'm a big fan of the Walk Way of Lights. Thank you, Marble Falls, for this gift to the community! 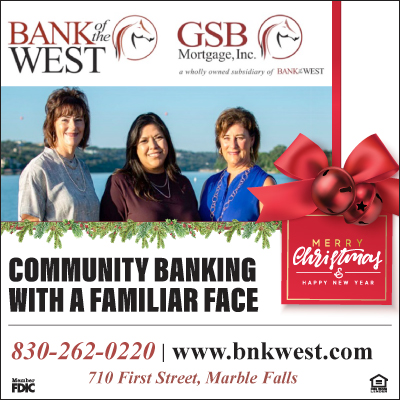