Winter Bird-Watching in the Highland Lakes 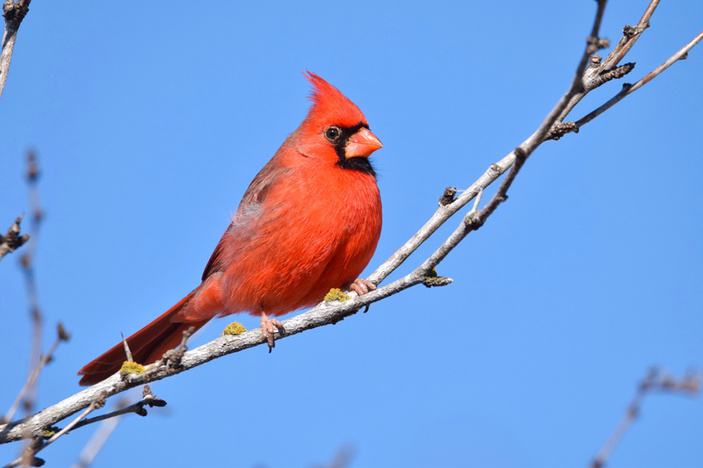 A colorful cardinal perched up high. The colder months are a great time to go bird-watching in the Highland Lakes. Courtesy photo by Dee Anna Piatek

Winter Bird-Watching in the Highland Lakes

The spring and summer are great seasons for birding in the Highland Lakes, there’s no doubt about that, but Stephen Garmon assured me the cooler months offer can’t-miss opportunities to spot winged natives and visitors.

“We do have a number of winter birds that are migrating through or to the area,” he said inside a bird blind at Pedernales Falls State Park in Johnson City.

Garmon, who is the park’s interpretive ranger, began listing them, but the birds, including a very vocal scrub jay and a few cardinals darting about outside, grabbed our attention.

Built and maintained by a bevy of park volunteers, the state park’s two blinds are the perfect spots to see birds up close. They are enclosed structures with angled plate-glass windows kept very clean by the volunteers, so a snap of cold or rainy weather is no reason to put off birding. 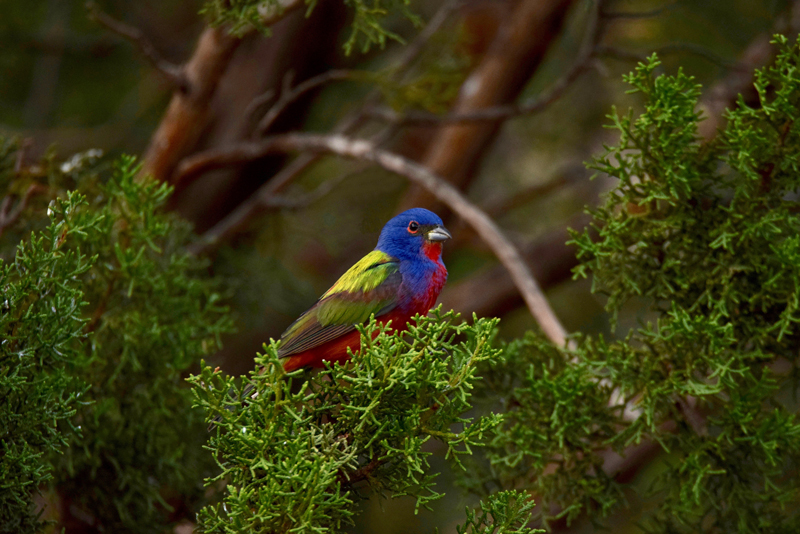 A painted bunting definitely stands out among the greenery. Courtesy photo by Dee Anna Piatek

Even a novice will have luck bird-watching at Pedernales Falls. Garmon and the volunteers keep up a three-ring binder with photos and descriptions of birds that frequent the area.

The area around the blinds have the three things to which birds flock: food, water, and cover.

If you want to stretch your legs, hike down a nearby trail to the Duck Pond, where you might catch wintering waterfowl (more on those later).

“There’s a lot of chances to see wintering birds and birds that live here year-round,” Garmon said. “The blinds are a good place to start.”

Sherry Bixler is a world-class birder who has traveled around the world — Antarctica, South America, Africa, and beyond — but she calls the Highland Lakes home.

She said people heading afield should get a pair of binoculars and a field guide, but you don’t have to spend a lot of money on gear.

“When I started birding, you needed really expensive binoculars, anything else wasn’t any good,” she said. “Now, there are a lot of binoculars that are moderately price and are very good.” 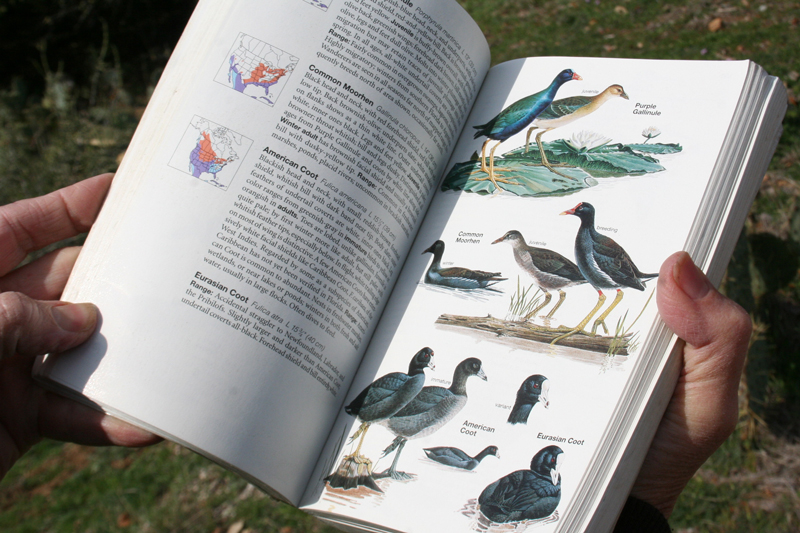 A birding book or an app on your smartphone are the perfect companions while bird-watching. File photo

As for a field guide, Bixler pulled out her smartphone.

“The bird book can be an app on your phone now,” she said. “On the apps, you can see where the birds are found and their migration patterns (if they migrate), and some apps even have bird sounds, which is really great.”

Bixler said bird-watchers in the Highland Lakes will see plenty of sparrows and waterfowl during the fall and winter.

“With the sparrows, you need to focus on fields,” she said.

As for waterfowl, you need to find water, of course, which seems an easy task in the Highland Lakes, but Bixler said it’s sometimes better to head for smaller bodies of water such as stock tanks. The Duck Pond at Pedernales Falls State Park is a good place as are Llano’s two small lakes at Badu Park and Robinson Park. Reveille Peak Ranch near Burnet has a small lake as well.

Other good sources for birding information are park staff such as interpreters and rangers. They have a good idea what birds are present and what people are seeing.

For a birding adventure, take a trip up the Colorado River with the Vanishing Texas River Cruises. The knowledgeable crew can get you into places you didn’t know existed. Plus, in November, the bald eagles, some of the most popular Winter Texans, begin migrating to the area from northern regions.

“The winter is probably underrated for bird-watching,” Garmon said. “People will be surprised what they can see, I think.”