Visit another era — or two — at LBJ parks 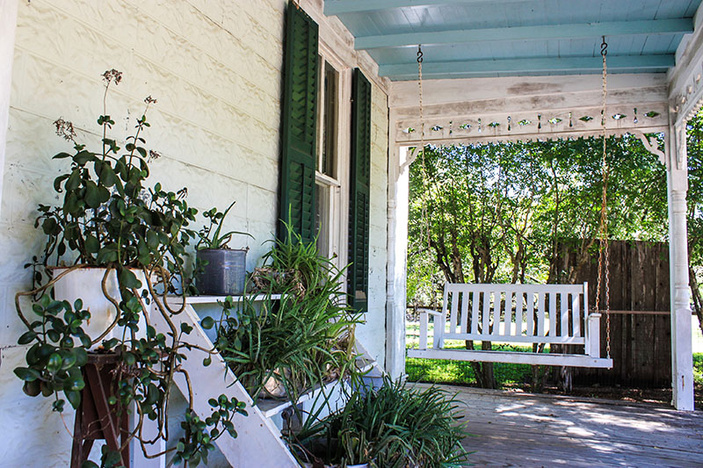 Visit LBJ Ranch and the Sauer-Beckmann Living History Farm for a look into the wildly different eras in which President Lyndon B. Johnson lived. Photo by JoAnna Kopp

Visit another era — or two — at LBJ parks

President Lyndon B. Johnson is a character worth studying, and visiting his home, the “Texas White House” on LBJ Ranch, gives an intimate peek into his life. The Texas White House is where LBJ lived and died; it was his home-away-from-home when he was living in the real White House in Washington and where he based much of his political career.

It’s important to note here the difference between LBJ Ranch and the Johnson Settlement, which are both part of the Lyndon B. Johnson National Historical Park.

The Johnson Settlement is located in Johnson City. This is where the Johnson family lived and where LBJ’s boyhood home stands.

LBJ Ranch is located about 15 miles west in Stonewall off U.S. 290. This is where you’ll find the Texas White House and the family cemetery. To pick up a free driving permit for the ranch, you’ll first need to stop by the visitors center operated by LBJ State Park and Historic Site.

You’ll then be directed to nearby Sauer-Beckmann Living History Farm, part of the state park, which is a working farm stuck — in a good way — in the year 1915. Actors walk around in period dress tending the ranch and making bread and butter from scratch; there’s no air-conditioning or any of the modern conveniences we appreciate today. 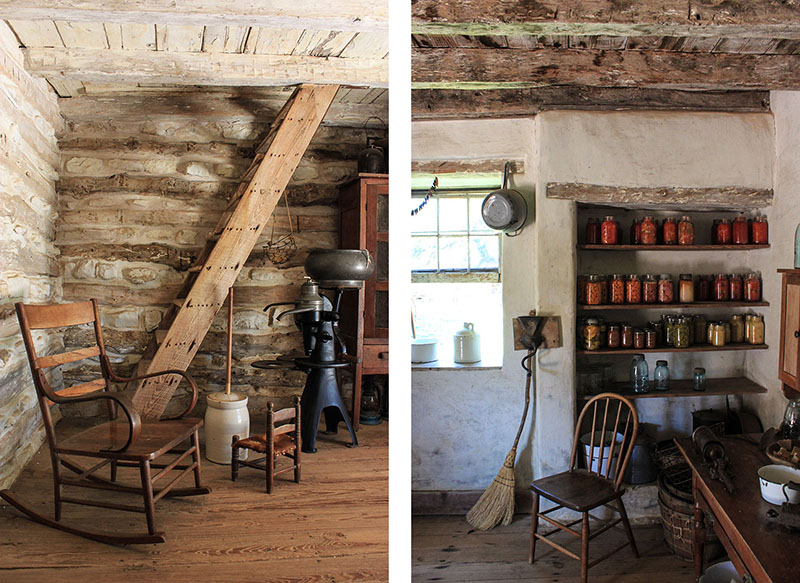 The Sauer-Beckmann Living History Farm shows what rural life was like in the early 1900's. Staff photo by JoAnna Kopp

All this detail is to show how LBJ grew up. He was born in 1908 and lived the cattle-ranch lifestyle until he began his political career. As a modern-day visitor, you come to appreciate how easy life can be these days. You can only imagine what it was like in that house during the dog days of summer, when temperatures hit the high 90s for days on end. 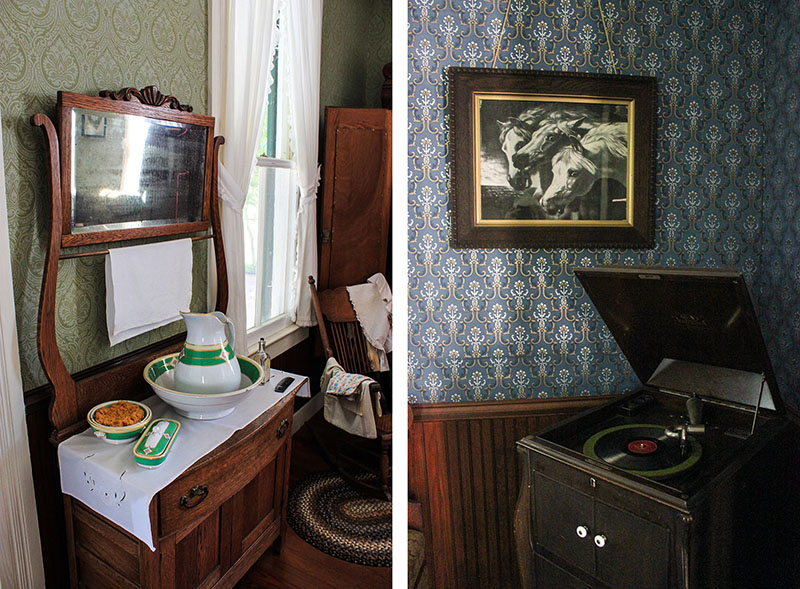 Details in the Sauer-Beckmann Living History Farm are immaculate, painting a picture of life in the early 1900's. Staff photo by JoAnna Kopp

After visiting the Sauer-Beckmann farm, you’re off to visit the Texas White House on LBJ Ranch. You have to drive there, and it’s a long, self-guided tour around his ranch. You can stop off at LBJ’s birthplace, his school, the family cemetery, and the show barn along the way. Finally, you park alongside LBJ’s airplane hangar, which houses his personal presidential plane, Air Force One Half — the full-sized Air Force One was too big to land on his airstrip. 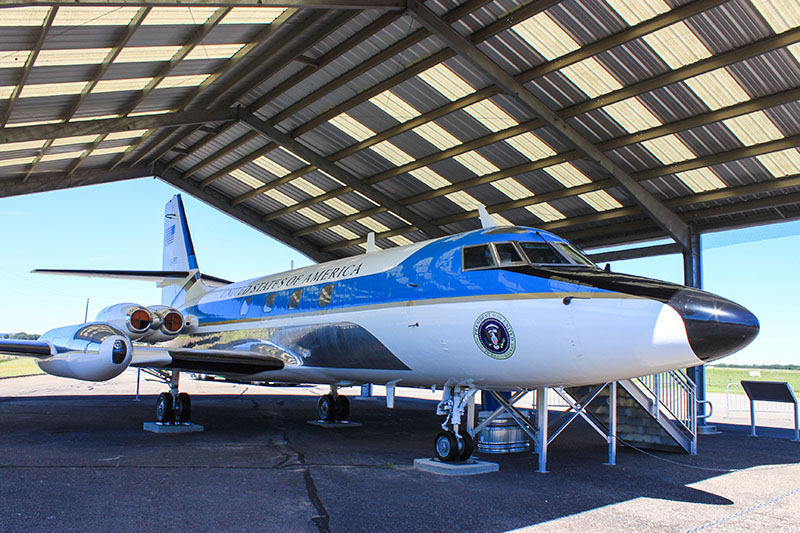 LBJ Ranch has its own airstrip, with Air Force One Half parked in the hangar. Staff photo by JoAnna Kopp

Tours inside the Texas White House are $3 per person. Photographs inside are strictly prohibited, so let me paint a picture:

The Texas White House is a complete 180 from the Sauer-Beckmann house. It has air-conditioning, electricity, typewriters, radios, televisions, and rotary phones. In fact, telephones are everywhere. You get the impression LBJ was a very busy person.

In LBJ’s personal oval office, Hooge pointed out the first Zenith remote-controlled TV, which is mounted into the wall, and the Motorola radiophone used by the Secret Service.

Next, you’re brought into the main house. It’s impossible not to notice that there is a crystal ashtray on every single surface, owing to a time when chain smoking indoors was the norm. Everything is intricately placed, as if Lady Bird herself had just left the room. As a voracious reader, her books on travel and nature fill the shelves; a magazine is left open on the couch with reading glasses marking the page. Dominos are set up on a corner table as if abandoned mid-game.

“LBJ loved playing dominos,” Hooge said. “He would call Secret Service sometimes in the middle of the night just to play with him. Of course, LBJ always won.” 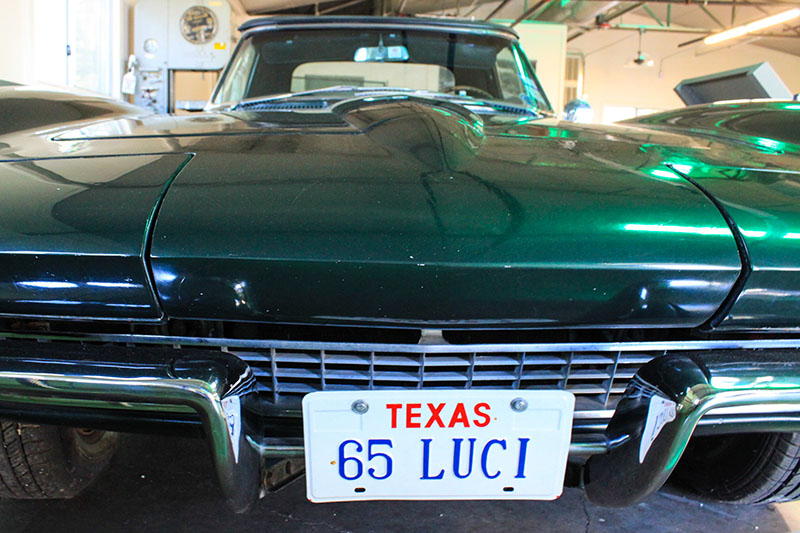 The Texas White House spares no expense in extravagance. If having his own airplane isn’t enough to prove that, step into his garage. Two Lincoln Town Cars, a Model-T Ford, a Stingray Corvette, and even an amphibious car are parked inside.

LBJ National Historical Park and LBJ State Park and Historic Site throw visitors into two wildly different eras: the early 1900s, a time with no electricity or modern-day conveniences, and the 1960s, when LBJ was a wealthy, thriving politician on top of his game and obsessed with modern technology.

LBJ National Historical Park and LBJ State Park and Historic Site are located at 199 Park Road 52 in Stonewall. Plan your visit at the National Park Service website or the Texas Parks and Wildlife Department website.