Largemouth bass can be found in lakes LBJ, Buchanan, and Travis in the Highland Lakes chain. Courtesy photos

Check out where and what anglers are reeling in from the Highland Lakes and Llano River.

Lake LBJ gets a lot of attention for its largemouth bass fishing, but don’t overlook the big lake to the north, Lake Buchanan. As largemouth lakes go, it flies under the radar but is a great destination for this favored fish.

To the southwest, Lake Travis gets a nod as a largemouth lake as well.

Anglers focus on white bass during late winter and early spring when spawning runs begin. The Colorado River above Lake Buchanan is a good place to catch them when spawning, but don’t overlook the Llano and Colorado rivers above Lake LBJ.

Lake Buchanan ranks as the go-to lake for this species, though it’s found in other Highland Lakes as well. Lake Buchanan Conservation Corp. and the Texas Parks and Wildlife Department regularly stock hybrid stripers in Lake Buchanan.

The best spot in the Highland Lakes for the biggest catfish is Lake Buchanan, especially in the winter.

Lake Travis and Lake LBJ are good choices as well, but the chain’s biggest lake boasts the biggest fish, whether blue, channel, or flathead.

Crappie (pronounced crop-ee) is the most popular panfish in Texas and only behind bass as an overall favorite. It’s fun to catch and great to eat. Lake LBJ is a good choice for crappie fishing. 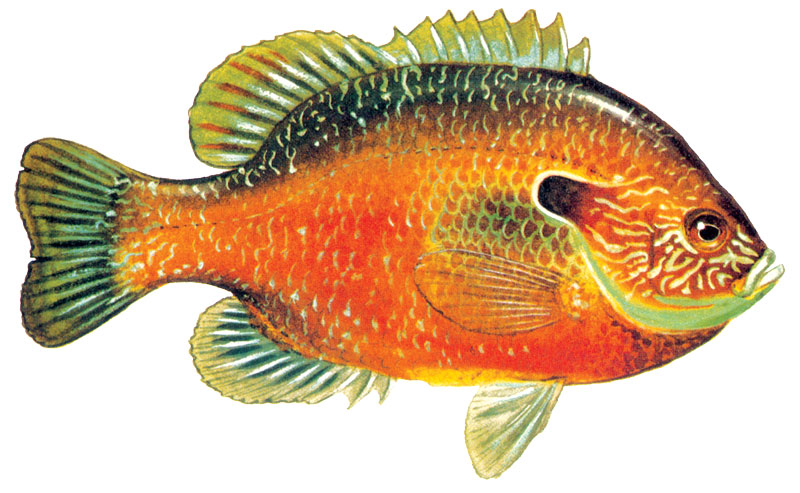 The sunfish group consists of bluegill, redbreast, green, longear, and redear. Catch one with a bobber and a worm or a small lure. Using a fly rod or ultralight gear, sunfishing is a fun outing, especially for kids.

Found in all the Highland Lakes as well as area rivers, the fish is prolific in Lake Travis and Inks Lake. In fact, Inks Lake State Park has brush piles near the fishing piers to lure in bluegill.

Classified as a nongame species in Texas, the common carp is a fighter. It’s found throughout the Highland Lakes as well as in area rivers. Lake Travis and Lake LBJ are good haunts for this fish.

A cold-water species, the rainbow trout isn’t typically found in the Highland Lakes. During the winter, however, the Texas Parks and Wildlife Department stocks them in the Llano River from Castell downstream. It’s a good fighter and colorful.

Since rainbow trout will usually die as spring warms the waters, anglers are encouraged to keep what they catch. Stockings begin in December.

Get on board: Standup paddling tips for newbies